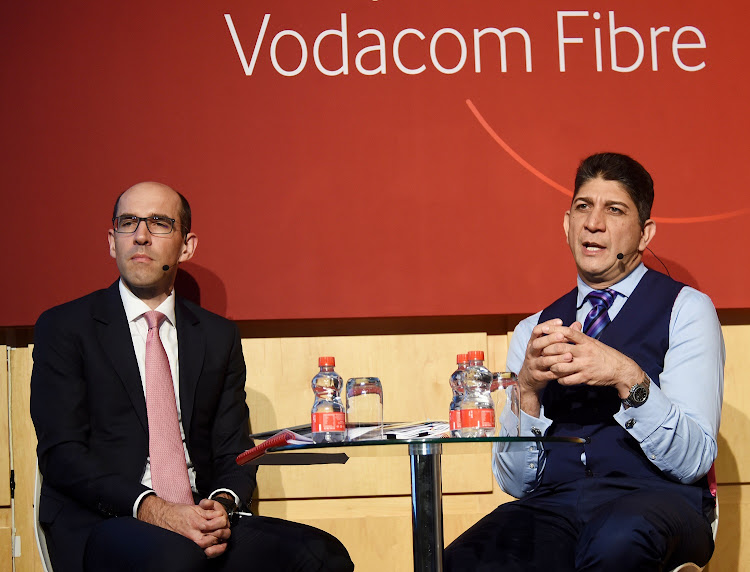 SA’s largest mobile operator, Vodacom, said on Thursday its CFO, Till Streichert, has resigned, the second top executive at the company to call it quits this week.

Streichert, who joined Vodacom in February 2014 from its parent company Vodafone, will step down from the company’s board on or around June 30 2020, or an earlier agreed date, Vodacom said.

Commenting on his resignation, Streichert said in a statement: “After 12 years at Vodafone and six years with Vodacom, it is a decision that wasn’t taken lightly. I have thoroughly enjoyed my time in South Africa and dealing with a number of challenging situations across the various Vodacom operations in Africa.”

The exit of the finance chief is the second executive position that will be vacant as from mid-2020. Earlier in the week, Andries Delport resigned as the group’s chief technology officer (CTO) with effect from May 2020. Having been with Vodacom for 23 years, Delport was appointed as CTO in November 2010.

Vodacom, which has about 43-million subscribers on its network in SA, said Streichert evolved the operator’s finance team into a successful intelligence unit focused on big data and artificial intelligence.

Vodacom group CEO Shameel Joosub said: “In addition to leading a repositioning of the finance function as a centre of excellence, Till led the IPO in Tanzania and played pivotal roles in the acquisition of a strategic stake in Safaricom and the completion of the largest ever BEE transaction in the South African telco industry.”

“Till has extensive experience in the industry and will be a significant loss to our sector. I wish him well with his decision as he embarks on a new chapter of his career,” he said.

“A personal highlight includes the many great moments from the manner in which we have transformed Vodacom from a telco into a technology company with a strong purpose of connecting and improving people’s lives,” said Streichert, who was named CFO of the Year in 2017 by CFO South Africa.

“As I am only leaving around June next year, my first priority is to make sure that it is business as usual for the finance function while at the same time ensuring there is a seamless transition to the next CFO.”

Vodacom said it will announce successors for the group CFO and CTO positions in due course.

EXCLUSIVE: “Salami-slicing” of spectrum will stand in the way of 5G, says Telkom’s Sipho Maseko

The group’s international segment grew service revenue in the six months to end-September, but lower data prices weighed on its SA results
Companies
1 year ago
Next Article