EOH full-year losses widen as Lebashe pulls out of funding 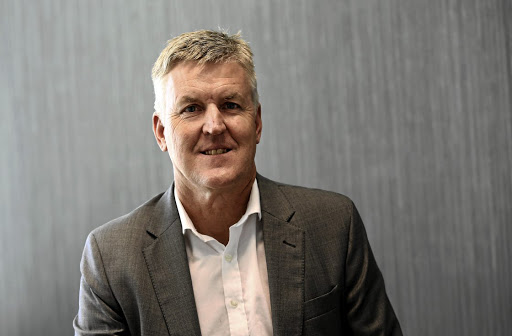 Technology company EOH said on Friday that it will report losses for the year to July partly as a result of the R1.2bn irregular payments at one of its subsidiaries.

A forensic report by law firm ENSafrica, which was appointed by EOH before CEO Stephen van Coller joined the company, flagged “suspicious transactions” totalling R1.2bn between 2014 and 2017. EOH said these numbers now include the current potential impact of the findings of the ENSafrica forensic investigation related to suspicious payments.

The group said the investigation is “substantially complete.”

EOH said on Thursday that it will press criminal charges against employees implicated in corruption following the investigation.

The company said the classification of certain businesses as either continuing or discontinued operations, including assets held for sale, have impacted the calculations. “As a result of assessing this impact, certain items included in the half-year [results] as continuing have been reclassified to discontinued.”

The company has had to write down and impair certain assets as a result of the investigation.

The company said further impairments relate to the overpayment of investments, specifically in Zimbabwe; the impact of the unwinding of the Grid Control Technologies (GCT) transaction; over-aggressive historical capitalisation of intangible assets and uneconomic contracting on complex projects resulting in over-recognition of revenue; and work in progress

EOH said there is some disagreement between the company and its auditors as to the timing of the impairments and whether they constitute prior-year restatements. The company is due to release its annual results on October 15.

In a separate announcement, EOH said Lebashe Investment Group, which had previously agreed to invest R1bn in the technology group in exchange for equity, had chosen not proceed with the third round of investment. So far, Lebashe has invested R750m over two funding rounds, resulting in it owning 29% of EOH’s stock.

On Friday, EOH said Lebashe had chosen not to invest the remaining R250m but said their strategic partnership was still an important one to them.

“Lebashe took a conscious decision to allow EOH to establish a new independent board of directors without representation from Lebashe until after the conclusion of the ENSafrica investigation and the determination of the impact thereof,” EOH said.

Van Coller said, “We have enjoyed a valuable partnership with Lebashe over the years and look forward to exploring new, meaningful ways of evolving our collaboration for the benefit of EOH and Lebashe.”

This week, Lebashe’s acquisition of the media assets of Tiso Blackstar was given the nod by the Competition Tribunal. Tiso Blackstar’s media businesses include Business Day, Financial Mail, Sunday Times and Sowetan.

Once a high-flying tech outfit that sells computer software, EOH is in the middle restoring its reputation and cleaning its balance sheet following ...
Companies
1 year ago

EOH cautions shareholders for the third time in 2019

EOH cautions shareholders for the third time in 2019