Huawei is set to make 1.5-million such base stations from 2020, and is considering creating a rival by licensing out its 5G tech 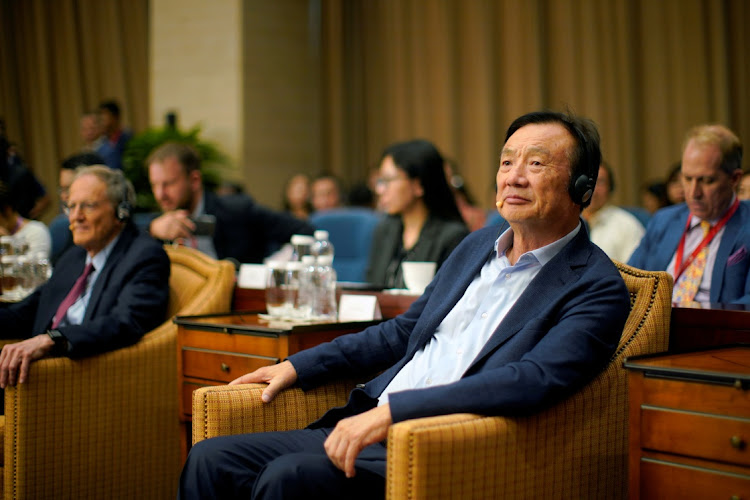 Hong Kong — Huawei Technologies’ founder and CEO Ren Zhengfei said on Thursday that the company is already producing 5G base stations that are free of US components and plans to more than double production next year.

From October, the company will be producing 5,000 of the 5G mobile communications base stations a month, and in 2020 it plans to make about 1.5-million stations, Ren said during a forum.

Huawei, the world’s largest telecoms gear maker, has been on a US trade blacklist since May over concerns that its equipment could be used by Beijing to spy. Huawei has repeatedly denied such allegations, but has taken steps to minimise the impact.

US sanctions cut off Huawei’s access to essential US technologies. The latest version of its Mate 30 flagship phone, unveiled last week in Europe, will not come with Google Mobile Services.

“We carried out the testing in August and September, and from October on we will start scale production, at 5,000 units a month,” Ren said. “So our production capacity this year will be 600,000 and we expect that figure to go up to 1.5-million next year.”

Will Zhang, Huawei’s president of corporate strategy, told Reuters the performance of the US-free base stations was “no worse”, and the company “has had positive surprises”. He declined to give details.

Ren said Huawei would still like to use US components if possible because it has “emotional ties” with long-time US suppliers.

Earlier in September, Ren said that he is open to selling the firm’s 5G technology — including patents, code, blueprints and production know-how — to Western firms for a once-off fee.

On Thursday he went further, saying Huawei is willing to license its 5G mobile technology to a US company, and that he is not afraid of creating a rival by making Huawei’s technology available to competitors.

The offer could also include chip design know-how, he added.

The offer to license out 5G technology marks the latest attempt by Huawei, also the world’s second-largest smartphone vendor, to minimise the impact of the US trade ban. It expects a hit of some $10bn to revenue from its phone business this year.

The queues at the Shanghai and Beijing stores, which combined totalled a few dozen customers, were in sharp contrast to previous years
World
2 years ago

Google Maps, YouTube or the Google Play Store — you’ll find none of them on the Huawei Mate 30 or Mate 30 Pro
Companies
2 years ago

NEWS ANALYSIS: US and China to resume trade talks, but things will never be the same

The trade war has hardened into a political and ideological battle with China unlikely to budge on US demands and the US not backtracking on calling ...
World
2 years ago
Next Article

Huawei’s Mate 30 Pro will come without any Google apps

Huawei shrugs off US trade restrictions despite revenue curbs

Huawei’s Mate 30 Pro will come without any Google apps

Huawei shrugs off US trade restrictions despite revenue curbs