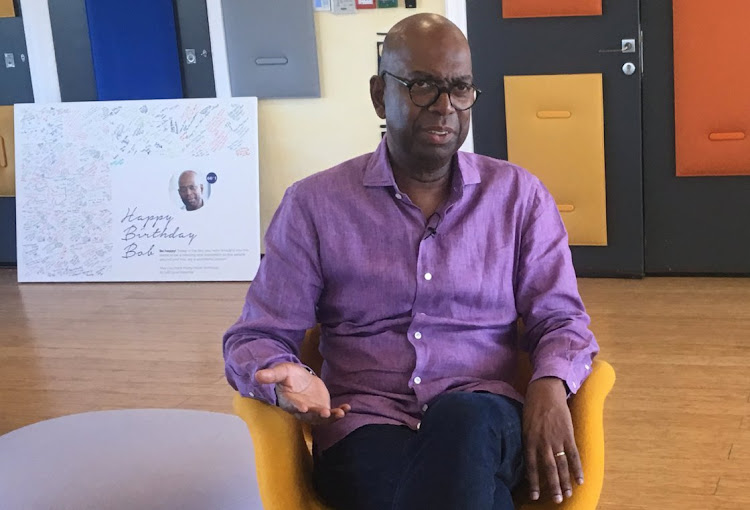 Started 11 years ago as a service to allow Kenyans without access to the banking network to transfer money via cellphones, M-Pesa now offers loans and savings in conjunction with local banks, as well as merchant payments services.

“We got a million [customers] by day eight and by day eight we had lent $10m. Now we are probably at $15m,” Collymore said in an interview.

“If you don't have enough cash, you simply draw down from the overdraft and you keep drawing down until you have got to your overdraft limit, which is predetermined by an algorithm.”

Fuliza is underwritten by Kenyan lenders KCB Group and CBA Group, which already had partnerships with Safaricom to offer short-term loans on the M-Pesa platform.

M-Pesa has about 20-million active users in Kenya and it has become the principal driver of profit growth for the dominant telecoms provider in East Africa, as revenue from traditional voice and text services has flattened off.

Collymore said he would welcome any potential takeover of the smallest operator, Telkom Kenya, by the second biggest operator Bharti Airtel, following recent media reports of such a deal.

As the market leader with 65% of mobile phone users, or 30-million subscribers, Safaricom has long been dogged by regulatory proposals to clip its wings to boost competition.

“It is a good thing because what you create is an entity which has got at least 30% market share. There is a critical mass that any player needs to get to, to be operating sensibly,” he said of the potential Airtel/Telkom deal.

The regulator Communications Authority is finalising a report on competition, which among other things seeks to control Safaricom's ability to set its retail prices, curb its marketing expenditure and force it to share its extensive infrastructure with the other operators, to level the playing field.

If the reported takeover of Telkom by Airtel goes through, it could render the competition report unnecessary, Collymore said.

"It will be obsolete," he said. "The conditions which you studied [on competition in the sector] a few years ago are no longer relevant.”

With 87-million monthly users, the mobile money market in Africa is proving lucrative — and it still has ample room to grow
Features
2 years ago