Brewer reports expansion in all regions, but warns rising costs may shrink profit margins in 2023 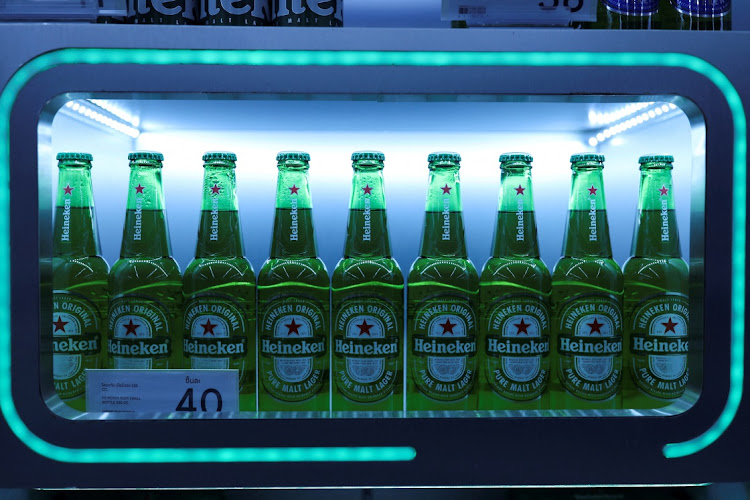 The brewer of Heineken, Europe’s top-selling lager, as well as Tiger, Sol and Strongbow cider, sold more beer than expected, with expansion in all regions and revenue and profit above market consensus.

CEO Dolf van den Brink told Reuters the beer market appeared to be resilient, with no sign so far that increased living costs were curbing drinking.

Heineken repeated its outlook that its margin would be stable or increase modestly this year, but for 2023 it said its objective now was for a mid to high single-digit percentage increase in operating profit.

Heineken previously set a target to raise its operating margin to 17% in 2023, but it had already cast doubt on reaching that goal due to sharply higher input costs. The market expectation before Monday's results was 16%, the same as achieved in the first half of 2022.

CFO Harold van den Broek said spikes in the cost of inputs such as barley or aluminium would remain a factor in 2023, despite slightly softening recently, given hedging 12 for 18 months ahead.

He added the company was carrying out an assessment to ensure it could operate without natural gas in the event that Russia cuts off supply.

Heineken shares fell as much as 3.5% in early trading but recovered to be down just 0.5% before the close, still 12% above a late June low.

Many analysts stressed the strong first-half numbers, but Barclays said it was downgrading its guidance, given it had expected higher operating profit growth in 2023.

Trevor Stirling, beverage analyst at Bernstein, said a stronger-than-expected performance in 2022 should outweigh the 2023 caution.

Heineken also said it was negotiating to sell its Russian business after Russia's invasion of Ukraine and expected to reach an agreement during the second half of 2022, possibly without the €400m impairment expected in March.

For the first half, Heineken reported a 24.6% rise in operating profit before one-offs to €2.16bn, beating a consensus of a 17% increase in a company-compiled poll.

Heineken reported a 7.6% rise in beer volume, with an acceleration in the second quarter and expansion in all regions, notably Asia-Pacific, as it recovered from Covid-19 lockdowns, and solid performance in Americas and Europe, where more consumers were drinking at bars or restaurants.

Latin America is a natural fit for the format, with consumers having limited refrigeration capacity and a shared love of gathering for events
Companies
2 months ago

AB InBev said on Thursday in its results for the three months to end-March that revenue grew 30.7% year on year, helped by a one-month ban on alcohol ...
Companies
3 months ago
Next Article