Amazon says consumer demand had ramped up in spite of inflation, helping it post better-than-expected second-quarter income and sales 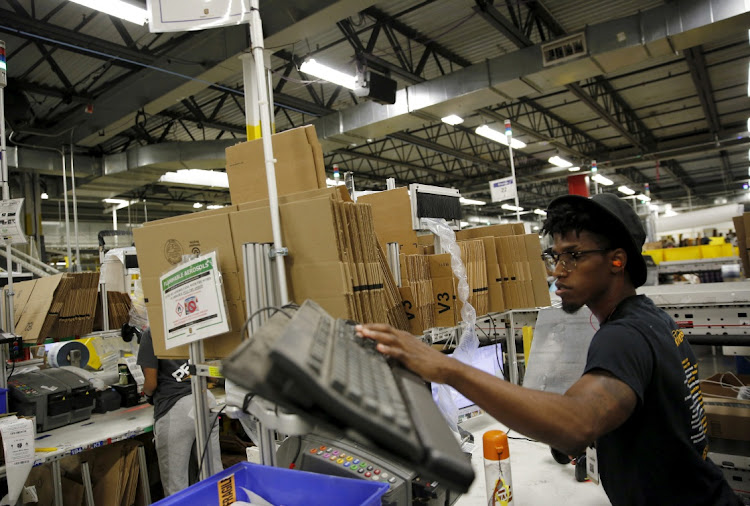 New York — Amazon’s strong quarterly performance on Thursday offered another sign of a split in shopping patterns between more- and less-affluent Americans dealing with the highest inflation in four decades.

On Monday, rival Walmart, which caters to a more cost-conscious customer, slashed its second-quarter profit forecast, blaming a shift in consumer spending towards more low-margin food products over apparel and other general merchandise.

This has led to an inventory build-up that the US’s largest retailer said it would mark down aggressively.

By contrast, Amazon, the world's largest e-commerce retailer, said consumer demand had ramped up in spite of inflation, helping it post better-than-expected second-quarter income and sales and issue an upbeat forecast for the summer season.

Amazon put the boost in performance down to its Amazon Prime customers, who pay $139 per year to get one- or two-day free delivery and Amazon Music and Prime Video for free.

“Prime members have meaningfully increased their spend since the start of the [Covid-19] pandemic,” Amazon CFO Brian Olsavsky said on an investor call on Thursday.

“Over that period, we’ve seen stronger usage of Prime benefits by Prime members and a greater reliance on Amazon for their shopping and entertainment,” he said.

Earnings from US companies over the past few months show that rising costs of fuel and food is impacting lower-income Americans more acutely, while those with bigger bank accounts are snapping up $50,000 GM trucks or $3,000 Louis Vuitton handbags.

“Honestly, it really comes down to Walmart having way too much inventory ... and [that] Walmart caters to a lower-income consumer, which is going to be much more impacted by the higher inflation,” said Brian Yarbrough, an analyst at Edward Jones.

For Amazon, Prime members, who drive most of its sales volumes, are mostly found among wealthier households, several  surveys show. One report from Piper Jaffray in 2016 showed that more than 70% of households with annual incomes topping $112,000 had a Prime memberships.

“Amazon’s [third-party] marketplace proved to be a distinct advantage in the second-quarter, providing broader selection and pricing flexibility unavailable to most traditional retailers,” Colin Sebastian, analyst at Baird Equity Research said in a note, pointing out how merchants made up 57% of Amazon’s unit sales in the northern hemisphere spring, up from 55% in the March quarter.

It also comes down to Walmart and Amazon’s business models, analysts say.

While Walmart is heavily dependent on deeply cultivated relationships with suppliers to stock its more than 4,700 US, stores with the right merchandise, Amazon charges a fixed fee from third-party sellers on its Amazon.com marketplace.

“In this business, Amazon collects fees for third-party seller services that we believe are less dependent on the nature of the items sold,” Benowitz said.

This also insulates Amazon from changes in consumer spending patterns and may have had a lesser effect on profitability compared to Walmart or other traditional retailers, he added.

Amazon shares rose 14%. Walmart lost about $28bn in market value after its warning on Monday, and sparked a broad sell-off in other retail stocks on Tuesday.