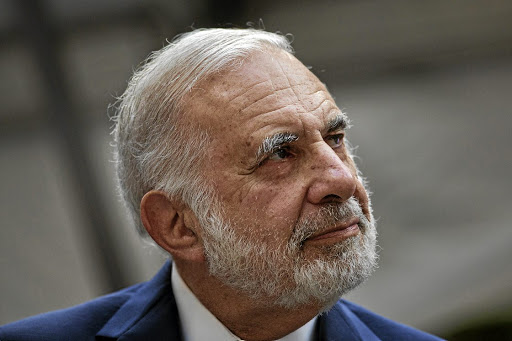 Boston — BlackRock and other big McDonald’s shareholders on Wednesday backed the company in a boardroom vote, helping the fast-food chain to defeat investor Carl Icahn in his campaign over animal welfare.

Icahn, a billionaire who owns roughly $50,000 worth of McDonald’s stock, nominated two director candidates to push the company to make good on a decade-old promise to stop buying pork by the end of 2022 from suppliers that house the animals in crates. He has said confining the pigs in crates during their pregnancy is inhumane and sought to shine a spotlight on the practice more broadly.

Index fund BlackRock, whose 4.6% stake ranks as McDonald’s third-largest investor, cast its votes for the company.

Vanguard, which is McDonald’s biggest shareholder, had also voted some of its shares for the company’s directors, according to earlier vote tallies, another source said.

McDonald's says it has worked to change its pork sourcing and that it cares about the health and welfare of the animals in its supply chain and called Icahn’s demands “completely unfeasible”.

BlackRock’s vote is a blow for Icahn who had sought to appeal to the big index funds, including Vanguard and State Street, as they often pledge to pay particular attention to environmental, social and governance issues. He expressed concern they are not prioritising animal welfare.

Proxy advisory firms Institutional Shareholder Services and Glass Lewis recommended that shareholders back the company’s directors, arguing that Icahn had failed to make a compelling case for change and that his nominees lacked the necessary qualifications to serve on McDonald’s board.

But both firms, whose recommendations are widely followed by investors, said Icahn had raised awareness for animal rights.

McDonald’s to sell its Russian business, which will operate under a new brand
Companies
1 month ago