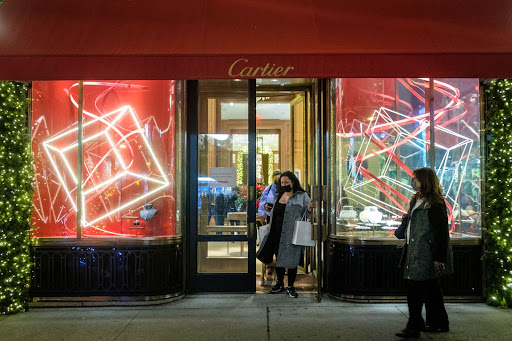 Zurich — Luxury goods group Richemont struck a cautious note over growth in China after its full-year profit disappointed, sending its shares sharply lower and weighing on the sector.

The maker of Cartier jewellery and IWC watches also failed to report any meaningful progress in long-running talks that could see it relinquish ownership of its loss-making online retail business YOOX Net-a-Porter (YNAP).

The world’s second-biggest luxury group said lockdowns in China were weighing on its results, with 40% of its retail network currently closed, while supply chain problems and rising interest rates clouded prospects for growth in the US.

Contrary to many executives in the industry who are hopeful of a swift rebound in China once the new round of Covid-19 restrictions end, chairman Johann Rupert said he thought the Chinese economy would suffer more than many anticipate.

“With shops shuttered in key markets such as Shanghai and customers unwilling to spend on luxury goods in other cities, the country which electrified 2021 luxury goods consumption could dampen Richemont’s global outlook in 2022.”

The results marked “the first meaningful miss on profits in luxury”, Goldman Sachs analysts said. The miss was partly due to losses for suspending activities in Russia.

The group said talks with an unspecified number of players to create a joint online platform were complex but should be concluded “in the near future”.

“We are in talks with a number of partners, and the talks are going well,” Rupert told reporters, without mentioning any names.

Richemont said in November it was in talks with online retailer Farfetch about selling a minority stake in YNAP while also trying to attract other investors to ultimately turn YNAP into a neutral platform with no controlling shareholder.

Richemont shares fell 11.6% in early trading, dragging down the whole luxury sector. They have lost almost 23% this year.

“The no deal with Farfetch will hang as a Damocles sword,” Vontobel analysts said.

The private equity firm will allow retail investors to invest as little as R100 in private game farms, wine estates and high-end art
Companies
2 months ago
Next Article