Company tipped to amass a portfolio of up to 60 grocery, household and personal care brands within six months 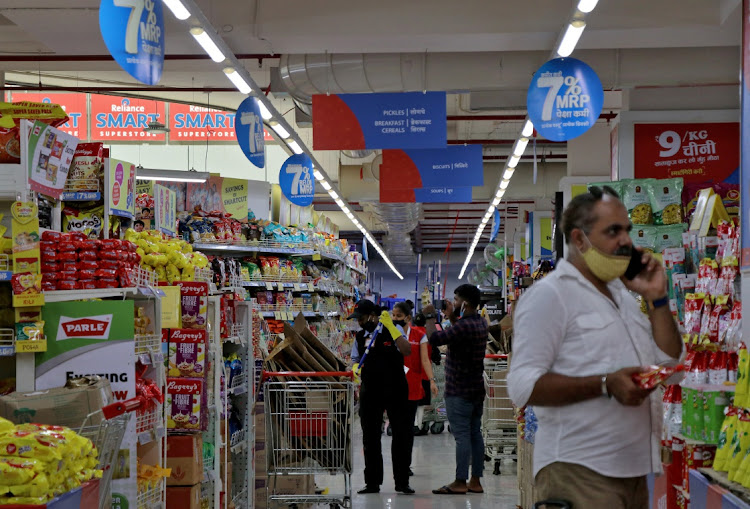 Mumbai — India’s biggest retailer, Reliance, will acquire dozens of small grocery and non-food brands as it targets building its own $6.5bn consumer goods business to challenge foreign giants such as Unilever, two sources familiar with the plan told Reuters.

Reliance, run by Indian billionaire Mukesh Ambani, plans to build a portfolio of 50 to 60 grocery, household and personal care brands within six months and is hiring an army of distributors to take them to mom-and-pop stores and bigger retail outlets across the nation, the sources added.

The consumer goods push under a vertical named Reliance Retail Consumer Brands will come on top of Ambani’s brick-and-mortar store network of more than 2,000 grocery outlets and ongoing expansion of “JioMart” e-commerce operations in India’s nearly $900bn retail market, one of world’s biggest.

Reliance is in the final stages of negotiations with about 30 popular niche local consumer brands to fully acquire them or form joint venture partnerships for sales, said the first source familiar with its business planning.

The total investment outlay planned by the company to acquire brands is not clear, but the second source said Reliance has set a goal to achieve 500-billion rupees ($6.5bn) of annual sales from the business within five years. “Reliance will become a house of brands. This is an inorganic play,” said the person.

Reliance did not respond to a request for comment.

With the new business plan, Reliance is seeking to challenge some of the world’s biggest consumer groups, such as Nestlé, Unilever, PepsiCo and Coca-Cola, which have been operating for decades in India, the sources said.

It is a daunting task, though, to beat such well-established foreign companies, which have their own manufacturing units in India and thousands of distributors to take their world-famous products such as Pond’s creams or Maggi noodles across the vast nation of 1.4-billion people.

Unilever’s India unit reported sales of $6.5bn in the financial year ending March 2022 and says that nine out of 10 Indian households use at least one of its brands.

“There is a fair bit of brand value which is attached to the established names and it becomes very difficult to compete with them,” said Alok Shah, a consumer analyst at India’s Ambit Capital.

“If inorganic is the route for Reliance, they will be able to scale up much faster. But they’ll need to get the pricing and distribution right to compete with bigger rivals.”

As a retail leader, Reliance still garners most consumer goods revenues by selling or distributing products of other rivals at its own supermarkets and mom-and-pop outlet partners.

Reliance did develop a few private labels where it hired contract manufacturers to make cola drinks and noodle packs for sale in its own retail network, but that business generates only 35-billion rupees in annual sales, said the second source.

Foreign firms had been uneasy about Reliance’s supermarket strategy, where its private labels are competing for shelf space with brands of global rivals, Reuters reported last year.

Reliance’s new consumer goods push aims for deals with popular Indian brands. Among the brands it is in talks with for acquisition or potential joint venture, according to one of the sources, is Sosyo. It is the soft-drink brand of a near 100-year-old Indian company, Hajoori, based in the western state of Gujarat and popular for its flavoured drinks.

The company’s director, Aliasgar Abbas Hajoori, said in a statement: “We don’t comment on speculations.”

LinkedIn profiles reveal how Reliance has been slowly ramping up efforts to expand its consumer business. In recent weeks, it has hired senior executives from companies such as Danone and Kellogg for quality control and sales.

One LinkedIn job ad by Reliance states it has shortlisted staples, personal care, beverages and chocolates as categories for initial launches, and is hiring mid-level sales managers for the business in more than 100 cities and small towns. Among the main tasks of such executives will be to appoint distributors and manage merchants.

Amazon accuses Reliance of fraud in takeover of Future stores

Amazon accuses Reliance of fraud in takeover of Future stores