Shares fall another 8.8% after the company announces the departure of its chair and an investigation of COO ahead of shareholder meeting 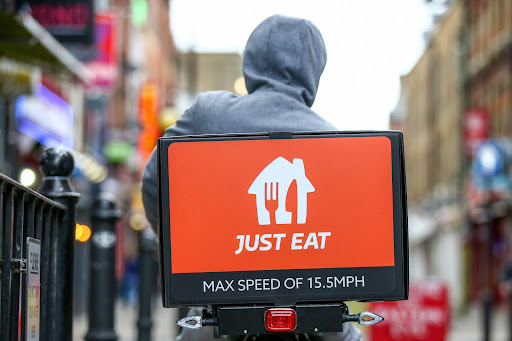 Amsterdam  — Just Eat Takeaway.com announced the departure of its chair and an investigation into another senior executive, hours before facing shareholder criticism at a fiery annual meeting on Wednesday.

Supervisory chair Adriaan Nuehn, whose position had been under pressure, would not seek reappointment, Europe's largest online meal delivery firm said before the meeting.

Separately, long-standing COO Joerg Gerbig was under investigation for “possible personal misconduct at a company event” and would be leaving the management board at least until it is concluded, the company said.

Shareholders criticised the recent management of the loss-making firm and questioned the future of its underperforming US arm, Grubhub, purchased in 2021 for €7.3bn.

Grubhub’s profitability and valuation have been damaged by caps on the commissions it is allowed to charge restaurants in key markets such as New York. It is also facing competition from DoorDash and Uber Eats.

Activist investor Cat Rock, which has pushed for a sale or spin-off of Grubhub, urged the firm to shift focus to its core European business.

Captain asked for guarantees the board would take an offer for Grubhub seriously.

Nuehn replied that the company would “look at any offer that is of interest to all stakeholders”.

“Why not announce a full evaluation of all options, a full strategic review of all assets?” he asked.

CEO Jitse Groen announced in April he was exploring options including a sale of Grubhub.

“It is clear that shareholders have concerns about the challenges the company is facing,” Nuehn said in a statement confirming he would not seek re-election.

The company’s vice-chair Corinne Vigreux, a co-founder of Dutch electronics group TomTom, will assume Nuehn’s duties while a replacement is sought.

In a second announcement, the company said its supervisory board had recently been informed of a formal complaint regarding Gerbig “relating to possible personal misconduct at a company event”.

The company was informed of the complaint on Sunday, Nuehn told the meeting.

Gerbig, who was said to be co-operating with the investigation, did not respond to requests for comment.

Executive behaviour and treatment of employees have been under scrutiny in recent few years, prompting a string of high-profile boardroom departures.

The company said Gerbig’s term would end at the closing of Wednesday's meeting, adding it was possible he could be put up for re-election if allegations against him proved unfounded.

In a note, Credit Suisse said Gerbig was considered “well respected in public markets” and that the investigation would add to uncertainty around the company.

Just Eat, once a stock market darling, saw orders fall in the first quarter as the online food ordering boom faded along with the Covid-19 pandemic in many key markets.

It reported a more than €1bn loss in 2021, though Groen has said it is on track to become profitable on an operating basis in 2023.

Both the company’s boards and Groen specifically have been criticised for the Grubhub purchase.

Earlier in 2022, Groen was forced to defend a ski trip for employees to Switzerland in April as an unnecessary luxury, given the company’s financial situation. He argued the benefits to morale after two difficult years outweighed the costs.

Cat Rock, the company’s second-largest shareholder with a 6.88% stake, published an open letter on April 25 urging shareholders to vote against the reappointment of CFO Brent Wissink and the supervisory board.

That received some support from other investors, including hedge fund Lucerne Capital Management.

However, resolutions to reappoint members of the management and supervisory board other than Nuehn and Gerbig were approved.

BRENDAN GRUNDLINGH: Groceries in a flash — it’s speed that will slow the competition

As Africa, the Middle East and other developing regions embrace on-demand retail, smart delivery solutions are key
Opinion
2 months ago
Next Article

Behind the giddying swings in Naspers

Behind the giddying swings in Naspers