Merchandise sales rose 12.7% in the nine months to end-December, with credit sales rising by an encouraging 16%, the furniture retailer says 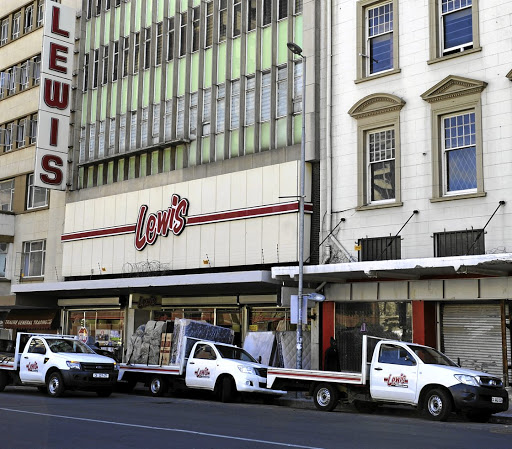 Merchandise sales rose 12.7% in the period, with credit sales up 16%, despite ongoing pressure on consumers as a result of Covid-19, as well as the civil unrest in July.

The group reported sales growth of 3.6% in the three months to end-December, supported by robust Black Friday trading, with sales up 20.7% from the same period of 2019.

Lewis said its debtors book also improved during the third quarter, with collection rates rising to 79.7% from 75.6% in the prior comparative period. The collection rate for the nine months was 79% compared with 69.5% previously. 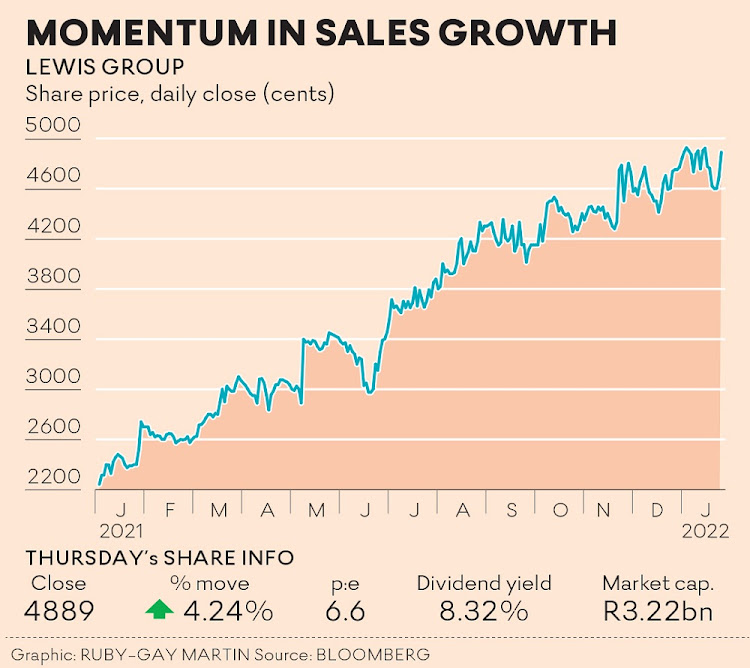 The furniture group has said previously it had built up stock amid supply chain disruptions, and wasn't concerned about its inventory levels. It also said after the release of its half-year results that it had improved its collection strategy, including by expanding its call centres.

July’s civil unrest affected 57 stores, about 8% of its SA store base, and the group said on Thursday that R68.6m of its R78.8m claim had been received by the end of December.

Three of the stores damaged in the civil unrest remain closed, Lewis said.

In morning trade on Thursday, the group’s shares were up 1.28% to R47.50, having almost doubled over the past 12 months, giving Lewis a market value of R3.13bn.

Merchandise sales rose by a fifth in the group’s six months to end-September, allowing the retailer to increase its dividend by almost a half
Companies
5 months ago

Lewis leaps as it plans to step up share buybacks

Lewis Group: Learnt from mistakes and has rebounded

Lewis leaps as it plans to step up share buybacks

Lewis Group: Learnt from mistakes and has rebounded