Merchandise sales rose by a fifth in the group’s six months to end-September, allowing the retailer to increase its dividend by almost half 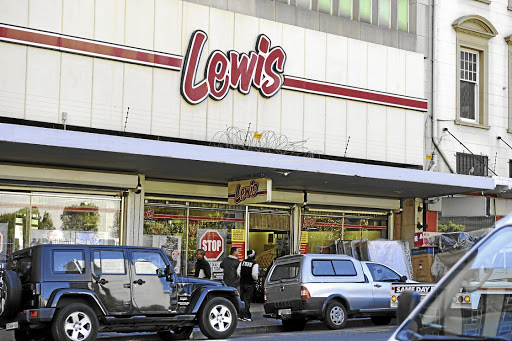 Furniture and appliances retailer Lewis says it is confident in its battle for market share ahead of the single-biggest trading day of the year, Black Friday, after a healthy stock position helped bump sales up by a fifth in its half-year to end-September.

“Stock holdings are exactly where management wants them to be,” CEO Johan Enslin told Business Day, with the group still on track to open up to 20 new stores in its 2022 year, after enjoying a first half marked by improved collections and robust sales.

The group’s good stock position is a competitive advantage going into Black Friday and the festive season, SA’s largest furniture chain said, as it increased its first-half dividend by 46% to 195c per share, about a R128m payout.

Lewis was not sitting with obsolete stock either, having sought to bump up inventory amid global supply-chain disruptions, Enslin said. It was also looking to support Black Friday sales with targeted marketing and promotions, but unlike many other retailers, has decided not to launch its campaign early.

“We don't think that’s the right strategy. Consumers are streetwise, they want to know who has the best deal in town,” he said.

Collections rates improved to 78.7% for the six months, from 66.6% for the previous half year, with Lewis adding that collections and sales had kept improving so far in its second half as well. 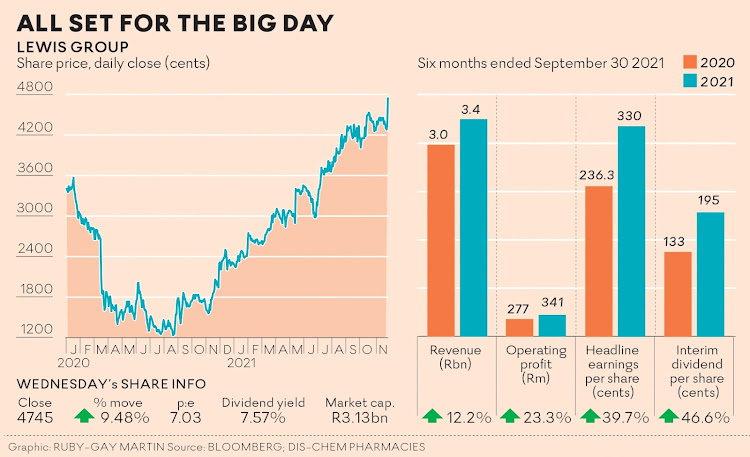 After tweaking its collection strategy, including expanding its call centres, Enslin said the group did not believe it would see a decline in collections, and expected further gains.

“It’s a big achievement for us in times like these,” he said.

The level of “satisfactory paid customers” increased to 75.2% from 69.5%, the highest in 14 years. That measures those who have paid more than 70% of what is due over the lifetime of an account, and is an encouraging metric for the group, as it represents their best customers, those it hopes to get repeat business from.

Things that make you need to sit down

Civil unrest and Covid-19 affected stores, while the group also warned that high unemployment, rising interest rates, and high electricity and fuel costs would weigh on its core target market.

The group store base primarily consists of Lewis and Best Home & Electric stores, which target lower-income consumers. Beares is geared towards the higher-income market and United Furniture Outlets (UFO) the upper-income market.

July’s civil unrest hit 57 stores, about 8% of its SA store base, with the group saying 51 of these had been reopened by the end of September. Total insurance claims amounted to R78.8m, of which R42.5m had been received in its first half.

UFO was disproportionately hit by the unrest, with its stores concentrated in Gauteng, while unrest also hit a store in KwaZulu-Natal that was its third biggest.

The group saw good demand across income groups, said Enslin, and a strong revenue recovery for UFO after the civil unrest.

Along with rewarding shareholders, the group would consider acquisitions, Enslin said, even as it continues with its medium-term plans to open 15-20 new stores a year, with some bias towards Beares.

In mid-afternoon trade on Wednesday the group's shares had jumped 8.19% to R46.89, valuing the group at R3.093bn, putting it on track for its best day in six months.

Lewis’s shares have doubled so far in 2021, and have risen by more than a third since the beginning of 2020.

Update:November 24 2021
This article has been updated with additional information throughout.

Lewis Group: Sitting pretty, and worth a punt

Lewis Group: Sitting pretty, and worth a punt