TFG perks up after easing of UK lockdown 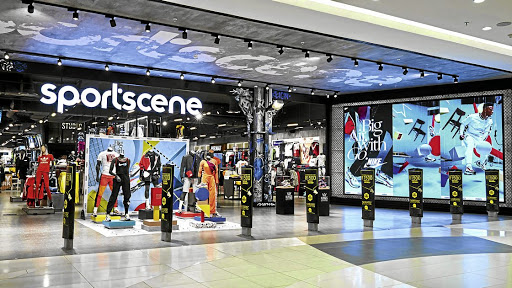 The fortunes of TFG — owner of Foschini, Fabiani, Markham, Jet and Sportscene — are beginning to improve as it sees positive growth in the UK where it wrote off almost R3bn in 2020 and permanently closed almost 200 stores.

The retailer, which owns clothing brands in SA, the UK, Australia and New Zealand, experienced its first loss in 2021 as UK stores were closed for more than 50% of the year due to strict lockdown regulations.

But as the UK economy has opened up, sales over the past three months exceeded expectations.

Its headline earnings per share, a measure of profit used in SA, for the first half of the 2022 financial year will be up 562%-582% from a loss of 83c. Headline earnings are expected to be 384.8c- 401.5c per share for the period from April to September, a figure a little distorted due to extra shares thanks to a rights issue in 2020.

Many SA companies have struggled in the UK. Famous Brands, owner of Wimpy and Steers, wrote down R2.7bn thanks to a failed purchase of UK chain Gourmet Burger Kitchen, and Truworths’s struggles with shoe chain Office cost it almost R5bn in impairments.

However, TFG’s overall results — which include all markets, from April to September compared with 2019, what it described as a more “meaningful comparative analysis” — were 0.9% lower excluding Jet, which it did not own in 2019.

When including the discount SA brand, sales are up 12.2% compared with the six months in 2019. 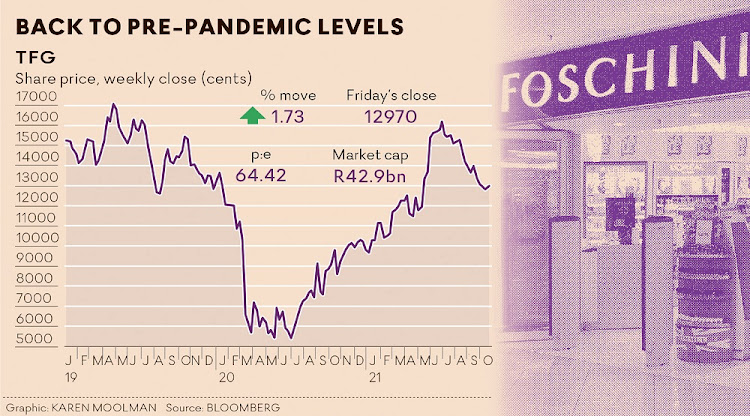 How TFG fares in the UK will weigh heavily on future results.

TFG’s brands in the UK include Phase Eight and Hobbs, which sell women’s office and evening wear, for which demand plummeted during lockdown.

In an October media event, TFG CEO Anthony Thunstrom spoke of how the UK gave him “sleepless nights” as the group had to decide whether to walk away from the market.

Retailers in the UK high streets are under increasing pressure and 200-year-old department store Debenhams closed its last store in May. TFG now sells 43% of its clothing online in the UK, with online sales up almost a third compared with the quarter between July and September.

But the opening up of the UK economy has been good news for TFG’s stores.

“Since the lifting of the last remaining restrictions in July 2021, the demand for key categories has also started to improve, with recovery showing better than expected results,” it said in a statement.

The improvement in the UK suggests TFG may continue on its upward trajectory, but sales in the UK in the half from April to September are still almost a third lower than the half in the 2019 calendar year before the pandemic.

TFG stores Down Under have struggled in Australian states that have been under strict government-enforced lockdowns, but are now opening up.

In SA and neighbouring countries, in the three months to September, sales were up 28%, thanks to its purchase of Jet discount clothing.

Even without Jet, sales are up 8% in the three-month period, despite the KwaZulu-Natal civil unrest that led to many retailers recording a drop in sales as damaged stores were shut for weeks.

In total, 11% of group sales are online. It is also expanding to the US with its Johnny Bigg range of extra-size clothing made in Australia for taller and larger men. Such large sizes with small customer bases are often too loss-making in ordinary stores, but the group hopes to benefit from economies of scale by selling this range in multiple markets online.

In SA retail, an interesting relationship is emerging between physical stores and online sales, writes Arthur Goldstuck.
Opinion
8 months ago

Jet lights a fire under TFG sales at home

Retailers are picking up the pieces amid clean-up operations after a week of looting, arson and unrest in which many lost everything they had worked ...
Features
11 months ago
Next Article