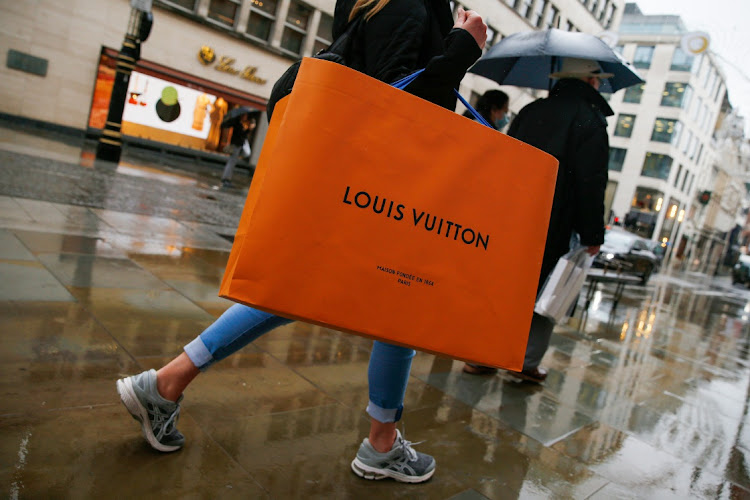 LVMH’s sales growth eased from the previous quarter, when purchases of Louis Vuitton bags and other luxury items surged after stores reopened from lockdowns.

Organic revenue at the fashion and leather goods unit rose 24% in the third quarter from a year earlier, the company said in a statement on Tuesday. Analysts had expected a gain of 21%. In the second quarter, sales in that key division had more than doubled from a year earlier, when stores were mostly shut during the first wave of Covid-19.

LVMH said it was confident that the current growth would continue. The company’s American depositary receipts rose 2.2% at 2.26pm in New York.

As one of the first luxury groups to report this quarter, LVMH’s results suggest the industry’s growth is staying on track, even if the pace slows. Before the latest figures, analysts cited concern about potential demand disruption in China amid a virus resurgence and government plans to reach “common prosperity” through income regulation and redistribution.

LVMH doesn’t expect this new policy to be detrimental to the upper-middle class that forms the bulk of its customer base in China, CFO Jean-Jacques Guiony told analysts during a call, adding it could be even be positive for sales. “We’re not particularly worried,” he said.

Asia, excluding Japan, was LVMH’s biggest region at the end of September, accounting for 36% of sales. The US ranked second, contributing a quarter of revenue.

“The most important thing is that the momentum at fashion and leather remains in line” with second-quarter trends on a two-year comparison basis, Loic Morvan, analyst at Bryan Garnier said. The division grew 38% on a two-year basis in the third quarter after growing 40% in the previous quarter.

Third-quarter organic revenue growth came in at 18% at the watches and jewellery unit. Analysts expected 23%. Sales of this unit — which has included Tiffany since January — were “soft” in Asia in August amid virus restrictions but improved in September, Guiony added.

Still, momentum for Tiffany was “particularly strong” in the US, financial communications director Chris Hollis said during the call. The label, known for its robin’s egg blue packaging, launched a campaign during the period featuring rapper Jay-Z and superstar Beyoncé performing the iconic song Moon River, associated with the 1961 movie “Breakfast at Tiffany’s.”

Guiony added that LVMH is experiencing an increase in shipping costs which the group can absorb thanks to its solid margins. He said the group’s drinks division — and particularly cognac — is facing some inventory constraints in the US. The situation in China is the opposite, with some excess inventory that should be absorbed in the fourth quarter, he predicted.

LVMH has a track record of beating quarterly estimates by a wide margin. The company’s Paris-traded shares have lost 11% since reaching a record high on August 12.

This festive season demand will not be an issue, but filling the shelves will stock may well be
Opinion
9 months ago
Next Article