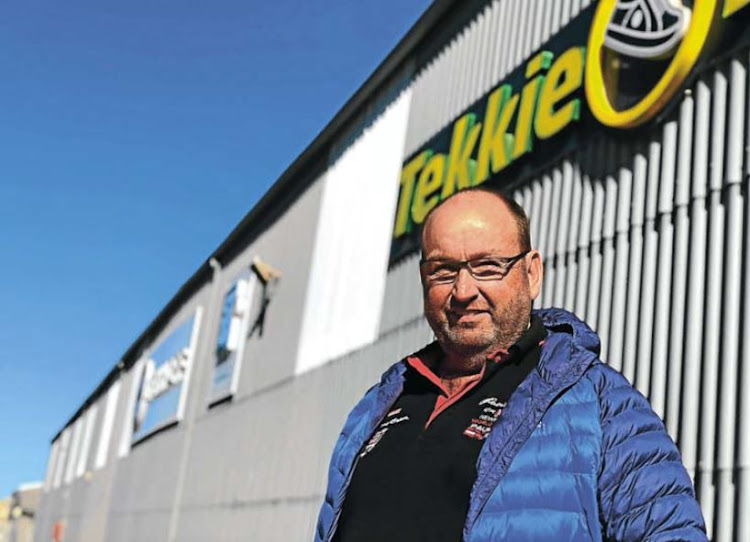 Creditors who lost billions in the country’s biggest accounting scandal will get very little if Steinhoff isn’t liquidated, while lenders who bought debt after the fraud was exposed will make considerable profits when they are repaid in 2023.

That’s the argument of former Tekkie Town owners Bernard Mostert and Braam van Huyssteen in their legal bid to have the owner of SA businesses such Pepkor and US-based Mattress Firm liquidated. The case started in the Cape Town high court on Wednesday.

The duo sold their controlling stake in Tekkie Town shoe franchise business for R1.8bn to Steinhoff — once Europe’s second biggest furniture retailer after Ikea — in 2017 in exchange for shares that collapsed in value a few months later in December when auditor Deloitte refused to sign Steinhoff’s accounts. The subsequent revelation of accounting irregularities saw the company’s then market value of R200bn drop more than 90%.

Mostert argues in his affidavit that Steinhoff is clearly insolvent with debt far exceeding its assets, and thus meets the Companies Act definition of insolvency, and should be wound up.

If he and Van Huyssteen are successful it would mean Steinhoff, a 68% shareholder in Pepkor, the owner of profitable businesses such as Ackermans, the Building Company, Incredible Connection and Rochester furniture, would be liquidated and the proceeds shared among all claimants and creditors that bought shares or exchanged their companies for Steinhoff shares before SA’s biggest accounting fraud was exposed. Pepkor and its brands such as Ackermans and Incredible Connection, which are named in the legal papers, however, would continue to exist.

More than 100 creditors in Europe and SA have instituted claims against Steinhoff, arguing that they were duped into buying worthless stock based on false information about the companies’ accounts.

Steinhoff has offered them a €1.4bn (about R25bn) settlement in exchange for dropping their legal claims. The payment would be administered in the Netherlands, but creditors would get a tiny percentage of what they are owed. Steinhoff says this is preferable to the company going bankrupt, while defending legal claims and potentially leaving litigants empty-handed.

Steinhoff's biggest shareholders, such as Christo Wiese and pension funds, are set to vote on the Steinhoff settlement offer on September 6.

In his affidavit, Mostert says the settlement scheme, to which he is opposed, could thwart attempts to have Tekkie Town returned to himself and Van Huyssteen.

“At face value, the scheme is calculated to rid Steinhoff and its subsidiaries of inconvenience and inevitable embarrassment of having to continue to defend the restitution action and having to Tekkie Town business obtained from the applicants by fraud at a risible fraction of agreed upon price,” he said.

A liquidation proceeding could require a liquidator to investigate whether Steinhoff's former and current directors breached the Companies Act and shed more light on the alleged fraud. Former CEO Markus Jooste stepped down shortly after the allegations surfaced.

If Steinhoff is wound up investors who bought €9bn of debt as the company scrambled to shore up its finances after the share price collapse would not be repaid. More than 78 lenders have applied to intervene in Mostert’s liquidation case as they oppose liquidation

Much of Wednesday’s court hearing was about whether financiers could intervene in the case. Mostert and Van Huyssteen have opposed their involvement, arguing the 78 creditors have provided no evidence they were owed money by Steinhoff and had kept all details of their debt secret, making it unclear how much they stand to be paid in 2023.

Mostert’s affidavit says financial lenders will make considerable money from the Steinhoff debt as they bought it cheaply and are set to be repaid in full and are earning high interest rates, while people like him who lost their businesses will get little restitution.

His advocate, Deon Isaacs, told the court the creditors need to provide evidence they owned Steinhoff debt. The list of Steinhoff creditors provided to the court has 78 names with no phone numbers or company registration numbers.

“There are 78 applicants before this court and only one is identified in a meaningful way,” Isaacs said. “If you want to intervene in a liquidation application on the basis you are a creditor, you must establish you are a creditor. It is a very simple point.”

Two people claim to represent all 78 creditors, it later emerged in court.

Michael Fitzgerald, the lenders’ counsel, argued that all creditors have a legal right to intervene in a liquidation case.

Judgment in the application for lenders to intervene in liquidation case is expected on Monday.

Correction: September 3 2021
In an earlier version of this story, Christo Wiese was referred to as the chair of Pepkor; however, it is Wendy Luhabe who is the chair. The story has been further updated to clarify that though Mostert is asking for Steinhoff's ownership of Pepkor to be liquidated, none of the Pepkor brands such as Ackermans would close their doors.

The suspicions have been around for years, but Steinhoff has now claimed in papers in the UK High Court of Justice that the shadowy Malcolm King was ...
Opinion
9 months ago

A new ruling torpedoes Steinhoff’s ‘settlement offer’. But the vulture investors, who bought in after the fraud, may lose their windfall
Opinion
10 months ago
Next Article