China-built Tesla EVs were down to just shy of 12,000 in April, down nearly two-thirds from March 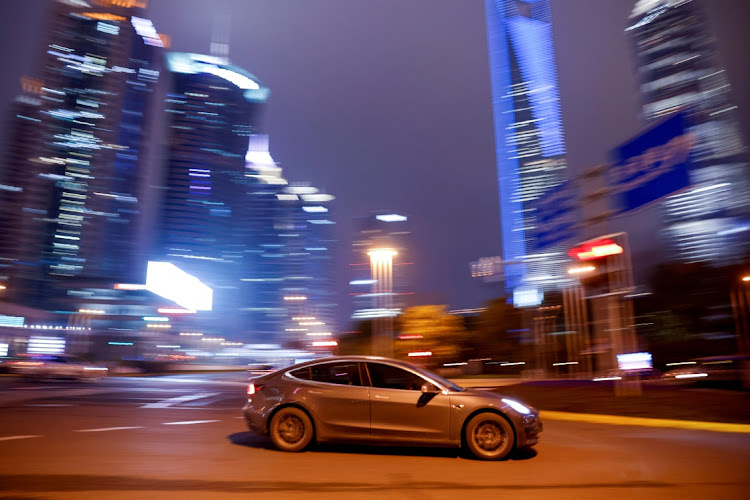 Sydney — Tesla’s growth in China slowed precipitously in April, adding to the company’s headaches after an embarrassing protest at the Shanghai Auto Show and a run of accidents involving its electric vehicles EVs.

In April, 11,949 China-built Teslas were registered in the country, according to data from state-backed China Automotive Information Net. That’s down sharply from a record 34,714 registrations in March.

Separate data released last week showed Tesla sold 25,845 Chinese-made vehicles in April, down from 35,478 units in March, according to China’s Passenger Car Association (PCA). Of the April sales, 14,174 EVs were exported, due in part to demand from the European market, PCA said

April’s slump in local registrations caps a poor run for Elon Musk’s EV pioneer, which, until recently, enjoyed a dream stretch since breaking ground on its Shanghai Gigafactory in early 2019 — receiving all-important support from the government and appearing to skirt the tensions between Washington and Beijing.

However, it has lately attracted unwanted publicity, with a disgruntled owner climbing atop one of Tesla’s display vehicles at last month’s automotive show in Shanghai, shouting that her car’s brakes had failed, causing an accident. That was quickly followed by two rebukes from government entities, saying the EV maker should respect Chinese consumers and comply with local laws.

This week, a traffic policeman was killed and another injured in a crash involving a Tesla. Another accident earlier in May is also still under investigation in China after a Tesla rear-ended a truck, killing the driver of the EV, according to a Global Times report. The cause of that crash isn’t yet clear.

The slump in April registrations is a reversal from the first quarter, when demand from Chinese buyers helped Tesla report estimate-smashing deliveries, which prompted analyst Dan Ives at Wedbush to note that the “eye-popping numbers” coming out of China can’t be ignored.

Tesla shares have declined 18% this year, giving back some of last year’s blistering 743% rally.

Bloomberg News. More stories like this are available at Bloomberg.com

Tesla owner seemed to agree with a post that reads it should divest what at one point was a $1.5bn stake
Markets
2 months ago

But the replacement of human workers by robots is not happening in the way, and to the extent, expected
Opinion
2 months ago

SHANE WATKINS: Tracking crypto — even if you don’t believe in it

SHANE WATKINS: Tracking crypto — even if you don’t believe in it