Musk’s own tweets are seeing the value of bitcoin, Tesla shares and his fortune plummet 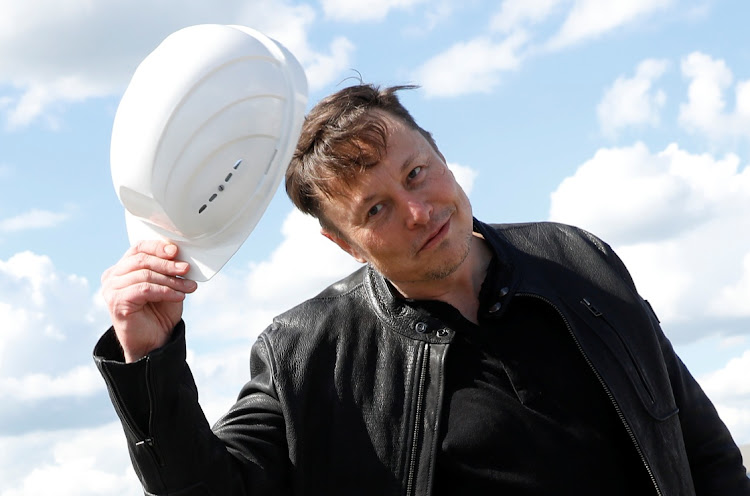 SpaceX founder and Tesla CEO Elon Musk holds a helmet as he visits the construction site of Tesla's gigafactory in Gruenheide, near Berlin, Germany, May 17, 2021. REUTERS/Michele Tantussi

On Monday, Tesla’s CEO lost his spot as the world’s second-richest person to LVMH chair Bernard Arnault as the electric vehicle-maker’s shares fell 2.2%. That was on top of last week’s slump amid a rout in tech stocks and fresh signs of trouble in its China business.

Musk, who held the top spot in the Bloomberg billionaires index as recently as March, now has a fortune of $160.6bn, down 24% from its January high.

The drop follows a turbulent period for Musk, who sent bitcoin tumbling as much as 15% last week after posting a statement on Twitter that Tesla was no longer accepting the digital currency as payment. He also whipsawed dogecoin prices after tweeting he’s working with developers of the Shiba Inu dog-themed token to improve transaction efficiencies.

Over the weekend, Musk wreaked havoc again when he seemed to imply that Tesla may sell or has sold its bitcoin holdings before later clarifying in a tweet on Monday that the company had done no such thing.

Musk became the world’s richest person in January after Tesla’s shares surged almost 750% last year amid a boom in tech-driven stocks. Despite reporting record first-quarter profit, the California-based company’s shares have since fallen by about a fifth amid a global semiconductor shortage and increasing competition from traditional carmakers.

Tesla’s sceptics include Michael Burry, the investor who rose to fame for making billions from bets against mortgage securities during the financial crisis. He recently placed a sizeable wager against the company, according to a regulatory filing on Monday.

Musk’s fortune has dropped about $9.1bn this year, the most among US-based billionaires tracked by Bloomberg’s wealth index.

Meanwhile, Arnault has added the most, with his net worth climbing by almost $47bn to $161.2bn as sales of his firm’s luxury goods surge in China and other parts of Asia.

Tesla owner seemed to agree with a post that reads it should divest what at one point was a $1.5bn stake
Markets
1 month ago