Analyst says Brian Joffe’s announcement ‘has put the stock in play’, suggesting the price may rise 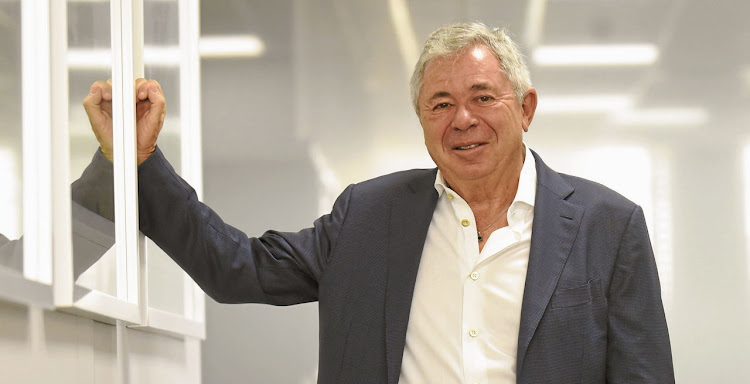 Brian Joffe’s investment holding firm Long4Life has appointed Investec Bank to advice it on its corporate structure, hinting at a possible unbundling of some of its assets as it battles the hefty discount at which its shares trade.

Long4Life, which listed on the JSE in 2017, owns Sportsmans Warehouse, Outdoor Warehouse and Sorbet beauty stores. It also owns a range of diverse assets including Clayton Care, a step-down rehabilitation facility for patients leaving hospital, and Inhle Beverages, a bottling company and Chill Beverages, which produces Fitch & Leedes tonic waters and the Bashew's drink brand. It also has a 49% stake in Veldskoen shoes.

In a trading statement issued on Tuesday, Long4Life said  it had contracted Investec’s corporate finance division “to advise on the company’s corporate structure and focus in order to maximise shareholder value”.

This has led to speculation that the company could be delisting or selling assets. On Tuesday, its shares jumped 7.7%, the biggest gain since October 21 2020, to close at R4.19, giving the group a market capitilisation of R2.9bn.

Joffe, who built Bidvest into one of SA’s largest service and industrial companies from a bakery, has stated repeatedly at each results presentation that Long4Life’s share is undervalued.

He started Long4Life in 2016 to be an acquisitive company but has struggled to find investments that represent better value than simply buying back shares, which he has been doing.

“All Joffe has done in the last couple of years is buy back shares. It makes you wonder if today’s announcement means that some form of restructuring, asset sales or even a delisting is coming.”

The net asset value (NAV) or underlying value of the business would equal about R6.27 a share. When trading at R4.20, the share price is at a discount of about 33%.

Clark said Joffe’s announcement “has put the stock in play”, suggesting the  price may rise.

“I would say that the stock may have a run as the wider market starts reading what Joffe has said in the statement.”

Further updates on the restructuring will be provided during the release of the group’s annual results on May 13, the company said.

The company has a cash-rich balance sheet despite undertaking a share buyback programme during the year.

Headline earnings per share is a measure of a company’s underlying profitability commonly used in SA as it strips out noncore and once-off items.

The first-half earnings to August reflected the harsh effect of the Covid-19 pandemic lockdown restrictions on the group. That saw fewer sales at Sportsmans Warehouse due to school closures and reduced school sport. In addition, Sorbet beauty stores closed for two months while Fitch & Leedes tonic sales were down due to event and bar closures.

However, the group said its second-half, beginning in September, saw a recovery, with overall performance at levels similar to those of the matching period in 2020.

But its Sorbet brand and its business that distribute cosmetics and hair products to salons had lower sales until February as people continued to work from home. It also sold fewer beverages due to the liquor sales bans.

If there’s one lesson to be learnt from last year’s market savaging, it is this: breathe deeply, and keep your head
Money & Investing
6 months ago

Bidvest: Let diversity be your friend

Bidvest spreads its eggs over many baskets, writes Shawn Stockigt
Companies
6 months ago

Q&A: Active asset management has a bright future, and Ninety One is sticking to it

Q&A: Active asset management has a bright future, and Ninety One is ...

Q&A: Active asset management has a bright future, and Ninety One is ...