Tale of love, revenge and death promises to give House of Gucci kiss of life 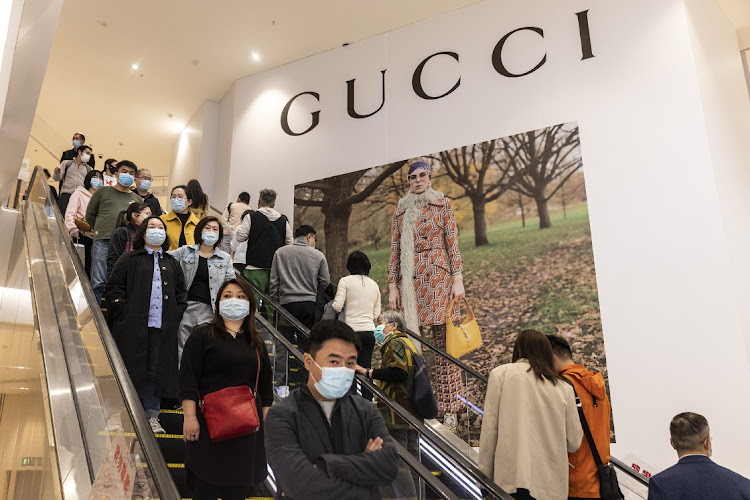 Paris — Gucci is all too familiar with falling in and out of love. The Italian label’s relationship with consumers has long traced the arc of wild infatuation followed by languishing interest, before a new creative mind rekindles the romance.

In these lockdown times, Gucci is not feeling particularly adored. Sales in 2020 dropped for the first time in half a dozen years. Consumers who only a year earlier had clamoured for Gucci’s maximalist floral designs and geek chic suddenly found the loud look ill-suited for the age of stay-at-home sweatpants or the sombre aesthetic championed by Yves Saint Laurent or Celine.

Now an upcoming movie about love, revenge and death at the “House of Gucci” promises to provide a much-needed lift in the year when Gucci turns 100. The namesake film is based on historic facts, featuring singer Lady Gaga as Patrizia Reggiani, the jilted former wife who plotted the killing in 1995 of her former spouse, family heir Maurizio Gucci, played by Adam Driver.

“This movie release is very good for Gucci,” said Kretz. “The brand DNA won’t be hurt since it has an exceptional cast playing in a glamorous and elegant biopic.”

Then there are the clothes. The release date of November 24 may be many months away, but already movie stills are creating a stir on social media. In one, Driver sports a cream-coloured cable knit sweater while Lady Gaga dons a white fur hat, necklaces cascading over a black jumpsuit adorned with gold buttons, the ensemble beamed out to her almost 47-million Instagram followers.

The convergence of film, crime and high-fashion has existed for decades. Giorgio Armani got a boost in 1980 from American Gigolo, in which Richard Gere’s muted colour palette and soft lines gave rise to the male look of a generation. The murder of Gianni Versace in Florida in 1997 became The Assassination of Gianni Versace: American Crime Story and aired three years ago.

The life of Yves Saint Laurent was turned into two separate movies in 2014 that retraced the French designer’s rise to international stardom as well as his struggles with a self-destructive streak and drug addiction. Despite the dark undertones, sales at the brand almost tripled in the next five years.

Gucci is not directly involved in the movie about the sinister family tale, based on the book by Bloomberg journalist Sara Forden, The House of Gucci: A Sensational Story of Murder, Madness, Glamour, and Greed. Maurizio Gucci himself had sold his remaining interest in the brand 18 months before his murder, for which Reggiani spent 18 years in jail.

But the company did make its archive available to director Ridley Scott, and the images that have surfaced publicly show a parade of plaid coats, polka-dot dresses and creamy turtlenecks against a glamorous old-world backdrop, from snowy mountain resort to the shores of Lake Como.

Shining a light on the founding family that set up Gucci in 1921 in Florence, Italy, stands to help the brand burnish its credentials with a European customer base, while big spenders from China and the Middle East have stopped visiting Paris, Rome and London.

Gucci’s success particularly in Asia helped propel the brand close to €10bn in revenue in 2019. Under the leadership of CEO Marco Bizzarri and creative director Alessandro Michele, sales more than doubled from 2015 to 2019.

The drop last year was more pronounced than at other brands in the Kering stable, such as Yves Saint Laurent. Sales at Bottega Veneta meanwhile rose, suggesting consumers might be tiring of Michele’s flamboyant aesthetic.

Critical acclaim for House of Gucci has yet to come, but that Gucci has chosen not to play a direct role in the project might work in its favour either way, said Mario Ortelli, founding partner of luxury consultancy Ortelli & Co in London.

“If it’s a success, it could ride that wave,” Ortelli said. “If it’s not, it may want to keep its distance.”

In the whole of 2020, revenues at constant exchange rates fell just 6%, one of the best performances in the luxury goods sector
Companies
1 month ago

BOOK REVIEW: ‘Stephen Hawking: A Memoir’ — humane and intimate portrait of ‘a ...

BOOK REVIEW: ‘Stephen Hawking: A Memoir’ — humane and intimate portrait of ‘a ...