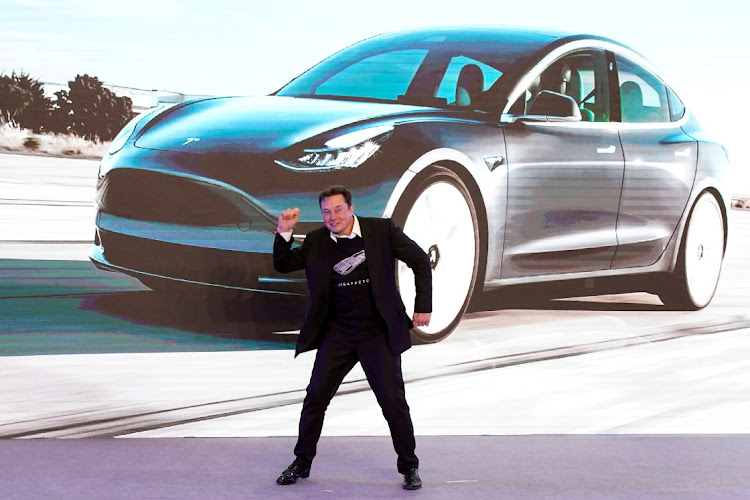 San Francisco — Elon Musk said demand for Tesla vehicles is so high that production needs to increase as much as possible for the rest of December.

Without giving specific numbers, Musk sent a short e-mail on Friday to workers encouraging them to push output to the maximum possible during the holiday season. The company has a target of delivering 500,000 cars this year, which would be a milestone for the Palo Alto, California-based maker of electric vehicles and clean-energy products.

“We are fortunate to have the high-class problem of demand being quite a bit higher than production this quarter,” Musk wrote in the e-mail. “Please send me a note directly if you see ways to improve output but feel that your voice is not being heard.”

Musk has a history of sending e-mails towards the end of the quarter urging employees to increase production or volunteer to help with deliveries, and the e-mails typically leak and serve as a signal to investors. Tesla’s shares have surged more than 600% this year amid a streak of consecutive quarterly profits. The company will vault into the S&P 500 Index on December 21.

In its October’s earnings report Tesla said it would meet its goal of delivering half-a-million cars worldwide this year. The company needs to deliver more than 181,000 cars in the last three months of the year to hit that mark, which would be a 30% jump over the previous quarter. The push will largely depend on increased production at its Shanghai factory and higher output of its Model Y, the newest car in its line-up.

Tesla did not immediately respond to a request for comment.

Ahead of its inclusion in the S&P 500 index, the electric-vehicle maker’s shares have soared nearly 550% this year
Companies
5 months ago

The electric-car maker says it is on track to meet a goal of delivering 500,000 cars in 2020
Companies
6 months ago

Shipments to Europe a key step in the global layout, says director of gigafactory
Companies
6 months ago
Next Article