Markus Jooste on the hook for R160m in insider trading fines 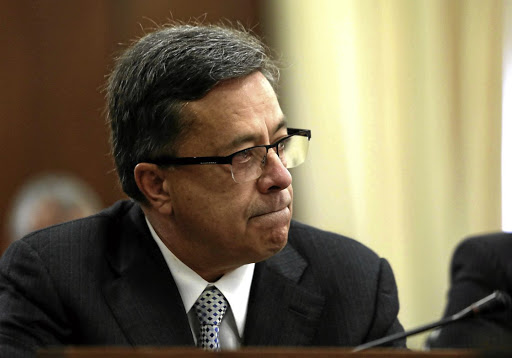 The Financial Sector Conduct Authority (FSCA) has imposed a R122.9m fine on Markus Jooste for insider trading on the day of the collapse of the Steinhoff share price in December 2017 when admissions of “accounting irregularities” and his sudden resignation came to light.

The FSCA’s divisional executive for investigation and enforcement, Brandon Topham, made the announcement on Friday as part of total administrative fines of R241m levied on Jooste and three other parties.

“Jooste never traded a single share and made no money, but is responsible, jointly and severally, for sending information on November 30 2017. He denies insider trading and being an insider,” says Topham.

Jooste warned four people that it would be in their best interests to sell their shares in the global retailer immediately and at any price just six days before Steinhoff announced his immediate resignation as well as an investigation into accounting irregularities.

Steinhoff’s shock announcement sent the share price into free-fall. In the ensuing days, the company lost 95% of its value, incurring hundreds of billions of rands’ worth of losses.

In addition to being solely responsible for R122m, Jooste is also jointly and severally liable for a further amount of R38.6m with one of the parties that traded on his information — Ocsan Investment Enterprises, whose sole director, the late Ockie Oosthuizen, was “a long-time acquaintance of Mr Jooste”.

The two other parties fined for acting on the information Jooste supplied are Dr Gerhardus Burger, who, on receiving the warning from Jooste, sold his entire Steinhoff shareholding held through two family trusts. Burger was fined R3m.

The orders were delivered to the respondents on Thursday and the invoices for the fines will be issued next week, whereafter the parties will have 30 days to pay.

The FSCA initially reviewed trading in 60 accounts in the days leading up to Steinhoff’s bombshell announcement. Eight warranted closer attention and, in addition to Friday’s announcement relating to the three parties, the FSCA said it is investigating a further four accounts.

In what appears to be a bizarre conflict of interest, the disgraced firm will bankroll the state’s probe into itself
News & Fox
11 months ago

Company board accuses disgraced former CEO of ‘intentional destruction’ of records, evoking images of the Enron scandal
News & Fox
1 year ago
Next Article