The drop in shares wipes €28bn off SAP’s market value 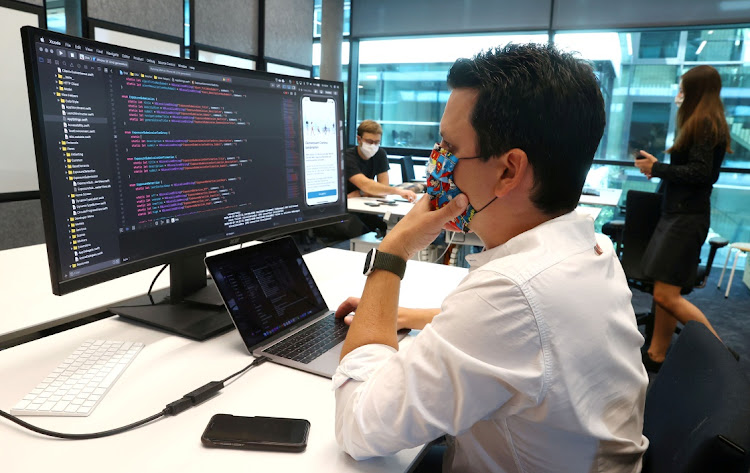 Berlin — SAP shares dropped as much as 21% on Monday, the biggest intraday fall since 1999, after the software company cut its revenue forecast for the full year and said it expects a fresh wave of lockdowns to hurt demand through the first half of 2021.

In a test for Christian Klein, who became sole CEO in April, the pandemic will delay SAP’s goals for cloud revenue, overall sales and operating profit by one or two years, especially in hard-hit industries such as business travel, the Walldorf, Germany-based company said in a statement on Sunday. The drop in shares on Monday wiped €28bn off SAP’s market value.

The drop-off in SAP’s cloud revenue is a sign that companies are putting off making major decisions about updating their software, as the pandemic continues to limit any global economic recovery.

SAP said it expects limited growth and margin improvement over the next two years, and moved expectations to meet its 2023 strategy plan out to 2025. Klein said on a call Monday he expects a conservative recovery into the first half of next year.

The previous outlook “assumed economies would reopen and population lockdowns would ease, leading to a gradually improving demand environment in the third and fourth quarters,” SAP said in the statement. “Lockdowns have been recently reintroduced in some regions and demand recovery has been more muted than expected.”

The pessimistic short-term outlook from SAP risked a knock-on effect on the European software industry, warned analysts at Citi. Europe’s Stoxx Technology index fell as much as 6.3%, its biggest one-day loss since March.

SAP now expects adjusted revenue of €27.2bn to €27.8bn at constant currencies in 2020, lower than the earlier guidance of €27.8bn to €28.5bn. SAP also said it no longer sees a boost from business travel-related revenue in 2020 in its Concur business.

It is difficult to find positive news in the results, Nicholas David, an analyst at Oddo  said Monday. “The warning on the midterm ambitions was expected/feared by the market but the new ambitions are lower than the most pessimistic expectations,” he said in a note.

SAP said it is in the advanced stages of a listing for its Qualtrics software unit. It announced the decision in July to list the US unit less than two years after buying the company for a record sum, a surprise U-turn signalling a strategic shift under Klein.

“We are well advanced in the preparations of the Qualtrics IPO”, CFO Luka Mucic said on a call on Monday. “Qualtrics has had a strong quarter which will set it up for further growth into next year.”

Adapt IT holds on to dividend as Covid-19 pummels economy

Technology group reports revenue for the six months to August of R9.125bn, up 7% from a year earlier
Companies
6 months ago
Next Article