As Swarovski celebrates its 125th anniversary, revenue is set to fall by a third; management has announced 6,000 job cuts; and the family risks ceding some control 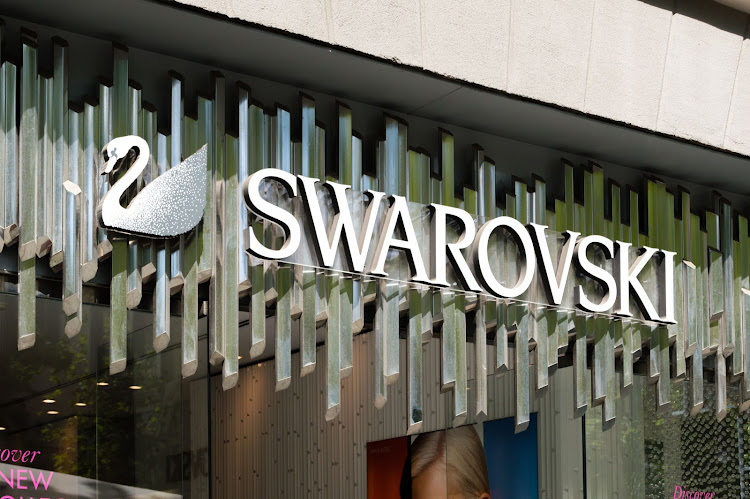 Vienna/Zurich — For more than a century, Swarovski has churned out crystals in every imaginable shape and form, from sparkling dolphin figurines to encrusted fountain pens to glittering mobile-phone cases. An affordable indulgence rarely costing more than a few hundred dollars, Swarovski trinkets have invaded every corner of the world, providing a comfortable life for the family behind the empire and for the people of Wattens, the small town in the Austrian Alps where the company is based.

But as Swarovski celebrates its 125th anniversary, there’s little cause for jubilation. Revenue is set to take a hard hit this year, falling by a third to about €2bn; management has announced 6,000 job cuts; and the family risks ceding some control should the new CEO eventually prevail with his plans for a possible stock-market listing or a strategic partner.

The cracks in the crystal kingdom have exposed a deep rift in the sprawling Swarovski family, consisting of more than 200 individual members, many of whom are spread between Austria and Switzerland. It’s from here, on the shores of Lake Zurich, that the company runs its main corporate functions under CEO Robert Buchbauer, himself a member of the clan. For his relatives and the residents of Wattens opposing the radical overhaul, Buchbauer has a tough message: get on board or risk being swept away by the market forces that Swarovski chose to ignore for too long.

“It’s very painful for everybody, but we have to take the steps we should have taken years ago,” said Buchbauer. In the future, Swarovski will focus on higher quality products with unique designs rather than trying to offer everything for everybody, he said. “Swarovski crystals on a €10 T-shirt don’t add to our profitability and hurt our brand image.”

Swarovski offers a cautionary lesson in the pitfalls of globalisation. Rapid expansion elevated the business from its Austrian backwater onto the world’s red carpets and prime shopping streets, but then turned on the company when changing consumer trends blindsided the family long accustomed to profitable payouts. The coronavirus pandemic has only amplified the crisis, laying waste to the sprawling network of Swarovski boutiques in now deserted shopping malls and airports around the world.

Best-known for crystal trinkets such as animal figurines and ornaments, Swarovski’s 30,000 employees churn out a vast array of sparkling adornments. There are shimmering tea-light holders, stone-studded sunglasses and crystal-encrusted frames to glam up your Apple Watch.

If Swarovski wants to survive, it needs to offer fewer but more exclusive items under its own brand, and cut back its network of 3,000 boutiques

In the 60s and 70s, Hollywood celebrities from Marilyn Monroe to Audrey Hepburn donned Swarovski-encrusted gowns and jewellery. Big-name designers and artists, from Karl Lagerfeld to Salvador Dali to avant-garde architect Daniel Libeskind have collaborated with the Austrians. At this year’s Super Bowl concert, Jennifer Lopez paraded a Swarovski crystal manicure during her halftime performance.

But despite its affiliation with the glittering world of high fashion and celebrities, the majority of products costs less than €100. That places Swarovski into the cut-throat segment of mass-market luxury, with its thin margins and fleeting consumer loyalty.

After years of exuberant expansion, Buchbauer says Swarovski needs to refocus and learn that less is more. That means exiting the low-margin wholesale business where cheaper competition from Egypt or China has dented profit. If Swarovski wants to survive, it needs to offer fewer but more exclusive items under its own brand, and cut back its network of 3,000 boutiques, the CEO says. Buchbauer’s vision for the new Swarovski is to sell more carefully curated products, tailor-made to match consumer tastes, a turnaround he predicts will take two to three years to execute.

Family-owned luxury companies have struggled to remain independent, with the likes of jewellery house Bulgari or cashmere specialist Loro Piana seeking shelter in a multinational conglomerate such as LVMH. Others, such as high-end winter outfitters Moncler or Canada Goose and Italian silk-and-leather label Salvatore Ferragamo, have sold shares to the public, easing their access to capital.

Buchbauer’s plans have met stiff opposition from other members of the family, who accuse him of causing irreversible damage to the components business run out of Wattens. While his critics concede that the company needs an overhaul, they say the cuts are too deep.

“The Swarovski family is shocked,” Paul Swarovski, a member of one of the Austrian arms, said in an interview. “There are still lots of opportunities to sell billions of high-quality crystal components around the world, and Robert Buchbauer has to come up with ideas on how to gain these customers rather than shutting things down and laying off expert workers.”

Whether Buchbauer gets his way remains unclear. His detractors say he needs approval from a shareholder meeting, which may be hard to come by given the splintered nature of the family. Buchbauer claims he has the required backing from key stakeholders.

Back in Wattens, there’s growing concern that the good times have crumbled, with 1,800 out of 4,800 local jobs in jeopardy. In a part of Austria heavily reliant on tourism, Swarovski long promised well-paying jobs for skilled workers. Employment at the crystal emporium meant a good salary, with perks from free childcare to company housing to subsidised loans. There’s also an elaborate crystal-world experience in Wattens that has drawn 15-million people since it opened in 1995.

“It’s a massive shock for us here, and many families will feel the pain in coming months,” Wattens mayor Thomas Oberbeirsteiner said. Because of the dwindling returns at Swarovski, the town is losing €2m in revenue this year and has to reconsider planned investments in everything from public swimming pools to roads, he said.

The conflict raging at Swarovski coincides with changing trends in consumer behaviour. Today’s shoppers like to mix high-end designers with fast-fashion alternatives, often at the expense of the more affordable branded players that occupy the middle of the market, according to Zuzanna Pusz, an analyst at UBS Group focused on the luxury goods industry.

The rapid rise of e-commerce has diminished the relevance of physical stores and third-party retailers, long a stronghold for Swarovski. Social media has leapfrogged print advertising and many glitzy events, where Swarovski and its shimmering swan emblem were a fixture.

Then there’s the push towards premium products and recognisable names, particularly in China. Richemont acquired Italy’s Buccellati to expand its portfolio of high-end jewellery, which also includes Van Cleef & Arpels. Last year, LVMH agreed to acquire Tiffany for $16bn, picking up one of the best-known names in the jewellery market that still remains highly fragmented.

If Swarovski wants to have a future and retain its status as a globally recognised brand, it needs to make the painful cuts now, even if it risks sparking a cross-Alpine family feud, Buchbauer says. “Bad news always creates lots of emotion. But in the end it’s about the long-term survival of this business.”

Pandora to move to only recycled precious metals in its jewellery

The policy, which takes effect in 2025, will lower carbon emissions by two thirds for silver and more than 99% for gold
Companies
10 months ago