VW CEO stripped of control over VW brand by angry board

Herbert Diess has clashed with shareholders too often and has been relegated to overall strategy, losing direct responsibility for the VW brand 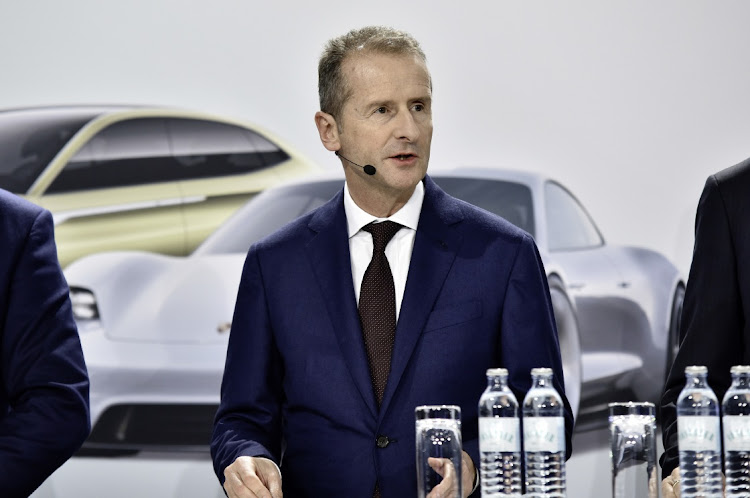 Frankfurt — Volkswagen (VW) CEO Herbert Diess has clashed with key stakeholders over the direction and leadership of the world’s biggest carmaker, a distraction the company can ill afford amid the biggest industry slump in decades.

Diess accused supervisory board members of committing crimes by leaking confidential discussions, according to people familiar with the matter. The allegations raised tensions among VW’s power players and caused the CEO to be stripped of key responsibilities as a result.

During a recent internal webcast, Diess told more than 3,000 managers that the issue could cause problems with US authorities, which are monitoring the company as part of the settlement from the 2015 diesel-cheating scandal, said the people who asked not to be identified discussing internal events. VW declined to comment.

Board members, roused by the scolding and already unhappy with production issues plaguing key models, discussed removing Diess as group CEO, the people said. At an extraordinary board meeting on Monday, they instead stripped him of his direct control over the namesake VW brand, a high-profile position at the centre of the automotive giant’s operations.

The infighting comes at a critical time for VW. The German carmaker is trying to soften the impact of the fallout from the coronavirus, while also managing an epochal shift towards electric vehicles.

Volkswagen shares fell as much as 4.4% and were down 3.3% at 9.57am in Frankfurt trading, extending the company’s decline for the year to 19%.

Diess has been under fire over concerns that VW’s flagship Golf and the electric ID.3 might face greater difficulties as software problems hamper production plans. Golf output is important to ensure VW’s home factory in Wolfsburg, Germany, runs profitably, and the ID.3 is centrepiece of the group’s strategy to meet stricter European emission rules.

On Monday, VW said that Ralf Brandstätter, currently COO for the VW brand, will take over leadership of the group’s largest unit so that Diess can focus on overall strategy. Losing direct responsibility for the unit marks a setback for Diess after he decided to assume both jobs when taking the reins two years ago.

VW’s three-year oversight by a US monitor is supposed to end in September. An extension or failure to win certification of its compliance mechanisms by monitor Larry D Thompson would represent a major blow for the company’s efforts to restore its image.

After jumping ship from BMW when failing to get the top job at the luxury-car maker, Diess has frequently been at the centre of tensions at VW. He weathered a spat with powerful labour leaders, who openly questioned his credibility, to wrest the CEO job from predecessor Matthias Müller in 2018. Last year, he caused a controversy by evoking a Nazi slogan at an internal company event, forcing the executive to apologise publicly.

To move past the diesel scandal, the executive has pushed VW to invest heavily in electric cars and reached a key agreement with unions to cut labour costs.

Said Timm Schulze-Melander, an analyst at Redburn, “Were things to deteriorate further, the departure of CEO Diess from the group would, at the very least, mean a delay in the VW transformation thesis.”