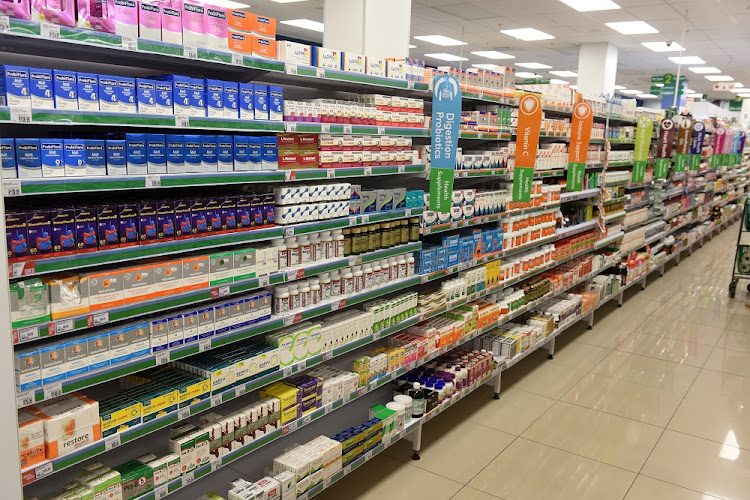 The law still needs to be followed even during the “terrible time” of the coronavirus pandemic, lawyers for Dis-Chem and another firm charged with excessive pricing have argued in their defence.

The Competition Commission has charged Dis-Chem, SA's second largest pharmaceutical retailer, and Babelegi, a small industrial clothing firm in Rosslyn, with excessive pricing of face masks under section 8 of the Competition Act.

Both cases were recently heard in virtual hearings at the Competition Tribunal, which acts like a court on competition matters.

Lawyers for Dis-Chem and Babelegi Workwear & Industrial Supplies sounded remarkably similar and both argued that what is really at stake is the “rule of law”.

Excessive pricing is a rarely brought charge against a company, both locally and in Europe, given the difficulty of proving an excessive price and deciding what different costs a company can factor into its price.

Locally, proving an excessive price has been made even more difficult by the competition appeal court that has had strict requirements before upholding a conviction of excessive pricing. The penalty can equal 10% of a company’s annual turnover — which the commission has asked for in these cases.

As consumers panicked about the Covid-19 disease reaching SA, small and big firms put up the prices on all manner of masks.

Babelegi, a small family-run supplier of industrial clothing in Rosslyn, Pretoria, sold 79 boxes of dust masks to 20 industrial customers in February, with at least a 500% mark-up. Two customers complained to the commission about the huge hikes.

Between February and early March, Dis-Chem lifted the prices of its surgical masks by as much 250% with the highest-priced pack of 50 masks reaching R175. Both companies sold old stock at higher prices without facing cost increases, though they expected new supplies would be pricey.

One may not care about mask prices now that cheaper masks are widely available as the market has adjusted to new demand. One may have no interest in competition law, but the biggest reason these cases matter is they test whether the law will be followed by authorities during the national state of disaster.

Both companies hiked prices to a great extent, but they did so before the regulation that minister of trade & industry Ebrahim Patel signed into law on March 19 that prevents price-gouging and limits increasing profit margins for essential goods by no more than 10%.

The commission cannot charge firms for behaviour in February that breached a regulation not yet in existence. Dis-Chem advocate Michelle Le Roux argued that the commission's case reveals that is what it was trying to do.

Dis-Chem and Babelegi were charged under section 8 of the Competition Act and herein lies the rub. This law sets high barriers or tests to pass before companies can be found to have charged an “excessive price”.

First, the act only prohibits a “dominant” firm charging an excessive price. The commission admits in legal papers it has to prove Dis-Chem is a dominant company.

The law requires that if businesses are charged with excessive pricing, then authorities must show they are pricing products independently of competitors for “durable periods of time”, have 35% market share, or in absence of this have “market power”.

The commission also needs to show the guilty businesses have few competitors to worry about as the barriers of entry to the market are high.

Two companies have been charged with excessive pricing under the act before. One was steel producer, Mittal (now Arcelor Mittal) and the other Sasol. Both had huge monopolies as they had benefited from protection and state support under apartheid and competitors could not quickly enter the market with cheaper goods. They were, at one time, state-created monopolies.

Under the same law used against them, Dis-Chem and Babelegi, are charged with being dominant players who sold excessively priced masks to consumers in February. In both cases, their lawyers accused the commission of failing to make the case that the firms were dominant, acting without regard for competitors and essentially setting prices without constraint for long periods of time.

Greta Engelbrecht SC, an advocate acting for Babelegi said: “It is easy to be outraged about high prices at this time. Our outrage is not a legal test.”

Instead, she said, the “commission keeps fudging” its case.

“We might be speaking of an extraordinary time with Covid-19, but we are still entitled to know what the commission’s case is.”

Le Roux said the commission had not done what it was required to by law and analysed Dis-Chem’s competitors’ market share and competitors’ prices as well as barriers to entry for other mask suppliers.

“It hasn’t done any of the work it needed to do in terms of section 7 and section 8 of the Competition Act.”

The commission argued the high prices proved dominance and showed a form of temporary market power gained from having a supply of masks during a time of high demand. It argued it was protecting vulnerable consumers and the poor by ensuring firms did not exploit the coronavirus disaster to take advantage of desperate customers looking after their health.

It may not struggle to win. The tribunal last week upheld the guilty plea under section 8 from a south coast pharmacy that made R300 while overcharging for masks in early March. A guilty plea means the pharmacy was a dominant monopoly type business charging an excessive price. It donated the same amount to charity after its guilty plea.

But lawyers have argued this is not what the law allows.

Engelbrecht said: “The world is facing something it has never faced before. It is a terrible, terrible time.”

But nonetheless, she said, authorities could only act within the boundaries of the law.

“Our lawmakers adopt laws of general application. We apply them consistently and with all due respect to the tribunal, it is a creature of statute. It can do no more than what a statute confers on it.”

Will the authorities, desperate to protect consumers, stay within the bounds of law?

‘People who sell these essential products ought to appreciate that these are literally life-saving items. They shouldn’t be exploitative,’ says ...
Companies
11 months ago
Next Article