Tesla lost in translation in Japan, where service matters

Elon Musk put Japan on a pedestal, but the country likes its luxury vehicles home grown — and don’t get it started on parking space 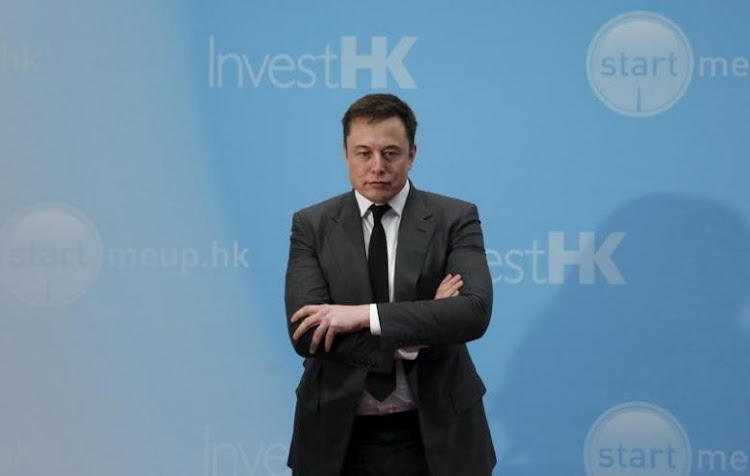 Southfield — For all of Elon Musk’s domination of the burgeoning electric-vehicle (EV) business, Tesla is struggling to get traction in Japan, a market he put on a pedestal in the carmaker’s early days.

The day after taking the EV maker public in June 2010, the first Roadster sports cars shipped to Asia weren’t destined for Shanghai — they went to Yokohama. Four years later, the CEO handed over the first Model S sedans during a splashy ceremony on the 52nd floor of a Tokyo tower.

On both occasions, Musk set the bar high, as he is wont to do. He called Japan a natural market for the Roadster, later predicting it would be Tesla’s number two source of sales over time. He said during the Model S event that Tesla looked forward to the country being one of its most important markets in the world.

But the success that Musk predicted proved elusive. Tesla does not disclose how many vehicles it delivers in the country and is the only company that asks the Japan Automobile Importers Association to withhold publication of its sales figures.

An industry official with knowledge of the numbers, who asked not to be identified because of their sensitive nature, offered some rough ones: of the imported electric vehicles bought in Japan in 2019, roughly 90% were Teslas. But this was a towering share of a tiny segment — the total purchased was just 1,378 units.

To boost those numbers, Musk will have to attract more potential buyers, such as Takuma Kaneko, an office worker who ventured to Kawasaki, outside Tokyo, in February to visit a Tesla showroom. “I like the design. They’re like nothing else available in Japan,” said Kaneko, who currently owns a Lexus NX. While he is considering a Model 3, he’s worried about Tesla’s ability to adequately service vehicles.

Tesla’s shortcomings in the world’s third-largest automotive market have mattered very little to investors. Musk managed just fine last year without much of Japan’s help, boosting global deliveries by 50%. But he may need more of a lift to live up to his forecast for Tesla to hand over “comfortably” more than 500,000 cars in 2020.

Registrations in two key European markets have plunged to start the year, and industry-wide sales have plummeted in China due to the coronavirus keeping customers away from showrooms. Representatives for Tesla didn’t respond to requests for comment.

Revenue from the US fell 15% last year, Tesla’s first annual drop in its home market since 2014. The company plans to boost sales in the US and elsewhere by expanding the line-up with the Model Y crossover, which will start being handed over to customers next month. It’s also begun production in China, which will allow the company to lower prices and make its vehicles more accessible to a bigger set of buyers.

Tesla is far from alone experiencing dark times in the land of the rising sun. Detroit has, for decades, decried that Japan operates a closed market, though that’s a bit of a misnomer. The country lets automobiles in tax-free, whereas the US charges tariffs of 2.5% for cars and 25% for trucks.

More significant factors behind Tesla’s underwhelming sales include shockingly limited brand recognition and a lack of white-glove treatment that Japanese car buyers are accustomed to.

A March 2019 poll of more than 1,000 adults by Nikkei Research found that only half knew of Tesla. Nissan, the Japanese maker of the all-electric Leaf, clocked in at 98%. “Tesla doesn’t have an established brand identity in Japan. Its cars are seen more as toys than anything else,” said Tatsuo Yoshida, a senior analyst at Bloomberg Intelligence (BI) in Tokyo.

Media attention usually helps, but some local headlines involving Tesla have been unflattering. Musk publicly blamed his longtime battery partner Panasonic last year for constraining Model 3 production. On February 26, the Japanese company announced it will pull out of a money-losing solar plant the two have been operating in Buffalo, New York.

Last autumn, the mayor of Ichikawa, just outside Tokyo, was forced to return a Model X SUV and cancel plans to lease a Model S sedan for the city after drawing withering criticism for trading in its Toyota Crown hybrid. Constituents objected to taxpayer funds being used on foreign-made luxury vehicles.

“Japanese customers don’t buy cars like they do appliances,” BI’s Yoshida said. “The personal relationship with a dealer is really important here.”

The addition of a lower-cost Model 3 — Japanese deliveries of which began last September — to Tesla’s local line-up may help spur sales in the country as it has in other markets.

Tesla is also establishing a beachhead of stores in Japan’s largest cities and building out its charging network. The company now displays its vehicles at four showrooms: two in the Tokyo-Yokohama area and one each in Osaka and Nagoya.

A more prosaic problem for Tesla is that most Japanese car owners only have one vehicle, given the lack of space for parking; as a result, some consider an exotic electric car to be too risky a purchase.

“In Japan, most people only have one car, so if you have trouble with it, there’s no spare” in the garage, said Keiichiro Sakurai, a Nissan Leaf owner who works as a solar panel researcher in the Tokyo satellite city of Tsukuba. Tesla’s lack of a nationwide service network give him pause. “I wouldn’t buy one.”

China now has more billionaires than US and India combined

SpaceX’s satellite internet plan will expand access to the internet in far-flung locations, and could be a game-changer for SA
News & Fox
2 years ago
Next Article

Tesla stock boom seems to rest on a wobbly chassis

Elon Musk hints at building another Tesla factory in the US

Tesla stock boom seems to rest on a wobbly chassis

Elon Musk hints at building another Tesla factory in the US