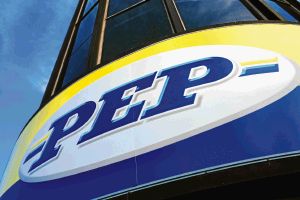 Steinhoff’s former acting CEO, Danie van der Merwe, has resigned from Pepkor’s board, the owner of Pep and Ackermans said on Tuesday without giving reasons.

Pepkor, previously Steinhoff Africa Retail, was a wholly owned subsidiary of Steinhoff until it was listed on the JSE in September 2017.

Van der Merwe, who was a non-executive director at Pepkor, took over the helm at Steinhoff after Markus Jooste resigned as the now-beleaguered retail group announced it had uncovered “accounting irregularities”.

Pepkor said Van der Merwe will be replaced by Steinhoff’s operations director Theo de Klerk, who will join the Pepkor board as a non-executive director on Wednesday.

Louis du Preez, Steinhoff’s CEO and a non-executive board member of Pepkor, will replace Van der Merwe as a member of Pepkor’s nominations committee and human resources and remuneration committee, the retailer said.

Pepkor said earlier in May that in the six months to end-March, its headline earnings per share were between 34.1% and 54.1% higher than in the same period a year before.

Laying bare the ransacking at Steinhoff

If anyone will ever set a precedent for clawing back bonuses, the retailer where the CEO magicked up R106bn in revenue over a decade is it
Opinion
3 years ago

Rough day on the market for Pepkor

Pepkor is Steinhoff's most valuable investment
Companies
3 years ago

Christo Wiese attends launch of unauthorised biography about his life