Rental uplift was 27% in the UK-focused landlord’s first quarter, as it continued to benefit from constrained supply of its asset class 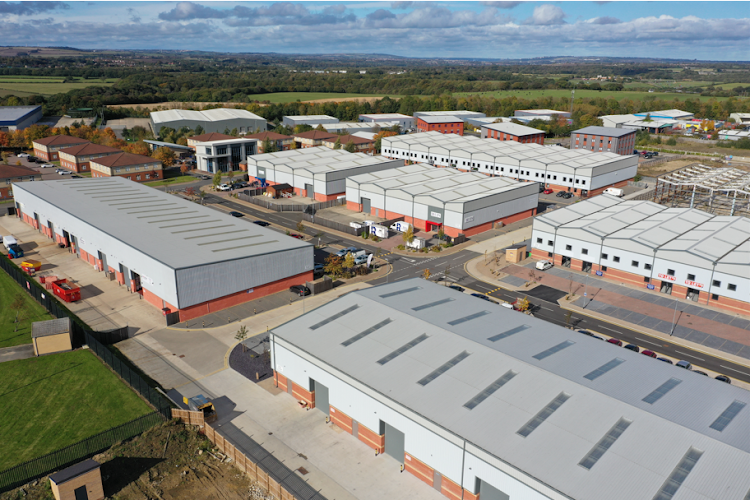 Industrials Reit, formerly Stenprop, says it continues to benefit from robust demand and constrained supply of multi-let industrial (MLI) assets in the UK, booking a record rental uplift of more than a quarter in the three months to end-June.

Average uplift upon renewal or reletting climbed to 27% to end-June, the landlord’s first quarter, and seventh successive period of average uplift above 20%. CEO Paul Arenson told Business Day that surging UK interest rates and inflation hadn’t put a crimp in demand, but volatility had been more disruptive in terms of acquisitions.

“The truth is the fundamentals of this sector are unbelievable,” he said.

Industrials, valued at R9.95bn on the JSE, has been pushing to become a specialist UK-focused group that provides work spaces for small and medium businesses, or MLI estates. It is targeting £100m (R2bn) in acquisitions per year, implying £25m per quarter, but only made two acquisitions in its first quarter, worth £3.3m.

Arenson said this was deliberate, with the commercial  property still digesting a climb in UK interest rates so far in 2022 from 0.25% to 1.25%, along with significant uncertainty. While the company was in no rush to buy, it’s well-positioned to do so, he said.

The group’s loan-to-value stands at 26%, while many analysts consider the limit to be 40% before stress is felt on a balance sheet.

MLI assets have fared well in spite of Covid-19 and issues such as Brexit, with the pandemic driving demand for warehousing space and giving a boost to e-commerce, while Industrials says the affordability of its space remains a major draw. The landlord often offers multiyear rental agreements that do not include yearly increases, which in part accounts for the hefty rise upon reletting.

The proportion of leases signed that include at least a 3% annual uplift in rent throughout the term of the lease rose to 76% from 65% in the quarter, with Arenson saying this was being well received by clients, and seen as reasonable in an inflationary environment.

The company continues to benefit from strong demand for MLI assets, and there was competition from new types of tenants, rather than simply industrial firms, he said.

The landlord says the proportion of its tenants in the manufacturing sector has fallen from 29% in 2020 to 24% to end-June, while wholesale and retail trade, as well as vehicle repair, has climbed to 29% from 23%. Health and social work related tenants have climbed from 0% to 2%.

“Given the backdrop of negative headlines around inflation, rising interest rates and the threat of recession, the fact that our MLI space remains highly affordable to our customers and that demand for space continues to outstrip supply across the UK, provides us with a great deal of comfort and confidence,” said Arenson.

As of the end of March, the firm had a portfolio valued at £685.8m (R13.9bn), including 104 multi-let industrial estates in England, Scotland and Wales, as well as residual holding of four care homes in a joint venture in Germany.

Occupancy dipped slightly to 93.7% to end-June, but the group said it had seen a record 62 lease renewals, along with 27 new lettings.

By the JSE’s close on Friday the landlord’s shares were up 2.1% to R34, having fallen almost 21% so far in 2022, while the JSE’s real estate investment trust index has fallen almost 6%.

Updated: July 29 2022
This article has been updated with additional information