Pricing is yet to be determined for the capital raise, with the group also announcing a plan to spend £37.5m (R782m) in the UK 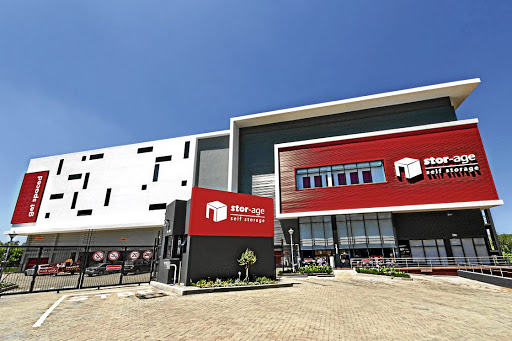 Stor-Age Property, SA’s largest listed personal storage provider, tapped shareholders for R575m in an oversubscribed bookbuild on Thursday, looking to further boost its growing footprint in an asset class it says has been consistently resilient through economic cycles.

Stor-Age, valued at R6.33bn on the JSE, also announced on Thursday that it had inked a £37.5m (R782m) deal to buy four self-storage properties in the UK — the latest deal from a group that has grown the value of its portfolio eightfold since listing in 2015.

Stor-Age has made clear it has been looking to build scale in a property class boosted by certain consumer trends that have accelerated during Covid-19.

Logistics-focused property groups have benefited from the pandemic as the lockdown restrictions drove e-commerce and prompted many companies to rethink their office needs, with Stor-Age saying rentals grew by an annualised 6.3% in SA, and 6% in the UK, during its first quarter to end-December.

The onset of the pandemic gave rise to new demand drivers for self-storage, including a boost to home improvements and renovations, as well as an increase in the mobility of many employees who are working remotely.

Stor-Age was listed in November 2015, 10 years after its formation, and then expanded into the UK by buying Storage King in September 2017.

Since listing, the value of the group’s properties in the total portfolio has risen from 24, worth R1bn, to 76 worth R8bn. The group had 54 properties in SA and 22 in the UK as of the end of September.

“The result of the accelerated bookbuild is a strong vote of confidence in the business and its strategy,” Stor-Age CEO Gavin Lucas said in a statement.

“We are pleased with the result of today’s capital raise, which once again demonstrates both the high regard in which Stor-Age is held and the significant appetite for the company’s stock.”

Update: January 20 2021
This article had been updated with additional information throughout.

The storage specialist has benefited as Covid-19 shakes up business models, including home improvements, and boosts e-commerce
Companies
5 months ago

The global equity fund category is one of the largest unit trust sectors, with R236bn under management
Companies
7 months ago

Stenprop aims to be a multi-let industrial specialist by 2022

Stenprop aims to be a multi-let industrial specialist by 2022