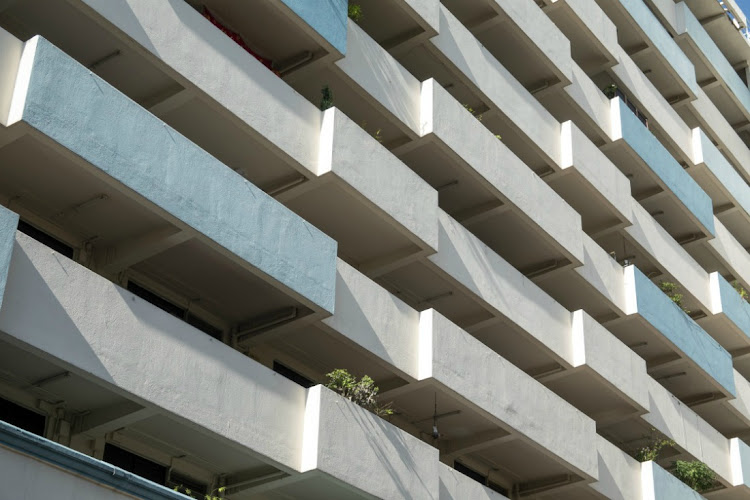 UK retail and logistics landlord New Frontier Properties has been suspended from trading on the JSE (JSE) and the Stock Exchange of Mauritius (SEM) after the late publication of its financial statements.

New Frontier is on the primary listing of the SEM and on the alternative exchange of the JSE.

“The audit and publication of the results has been delayed due to the rental trap of the cash flows of the subsidiaries and resignation of the former auditors,” said the company in an announcement on the JSE news service, Sens.

SEM has granted New Frontier a further extension until June 30 to publish and file the relevant financial information.

“The company will become compliant with the SEM rules and JSE listings requirements once the annual financial statements and annual reports for the years ended August 31 2020 and August 31 2021 have been issued and published.

New Frontier was first incorporated as a private company on June 5 2014 in Mauritius, and subsequently listed on the SEM and the JSE’s alternative exchange.

In October 2015, it transferred its tax domicile to the UK and joined the UK real estate investment trust (Reit) regime, and then left the UK Reit regime and continues to be a UK tax resident company.

New Frontier acquired its first two retail properties in April 2015 when it bought the Cleveland Centre in Middlesbrough and Coopers Square in Burton Upon Trent. In September 2015, it acquired Houndshill Shopping Centre in Blackpool, which was disposed of via a foreclosure by Deutsche Pfandbriefbank Bank.

As part of its diversification strategy, the company bought a modern warehouse unit at Stadium Business Park in Dublin, Ireland, in 2017 for €8.6m. The property was sold in July 2019 for €10.5m and funds were used to repay part of the outstanding balance of the company’s loans.

After several asset disposals to repay debt, New Frontier said it has two remaining assets (retail) in Burton Upon Trent and Middlesbrough, according to the past three and six months’ results ending February 2020.

New Frontier last published annual results for the year ended August 2019, and did not declare a dividend for 2019 or 2020.

In its last annual results in 2019, the company’s net worth was £44.2m and it said this was due to the decline in property valuations. At the time, the directors believed this would not be reversed in the short term.

The company’s assets were valued at £119m, a reduction in the value of the company’s UK shopping centre portfolio of £68.40m.

In its 2019 integrated annual report, then CEO Mike Riley said the decline in UK shopping centres led to the group being in default of its loan-to-value covenants in its loans, but operational cash flow was more than sufficient to service the interest and make loan repayments to the lenders.

“Following the sale by Rebosis Property Fund of its shares, we are working proactively with our major shareholders to identify new investors to refinance the business,” said Riley.

Rebosis had acquired shares in New Frontier in 2015, and the company sold its 49.35% stake on July 12 2019. Rebosis was founded by Sisa Ngebulana, who was also appointed to the New Frontier board in 2015, and resigned after the sale of Rebosis shares.

At the time (2019), New Frontier said the group and company had a shareholder’s deficit of £44.2m and £11.3m, respectively. “In forming our opinion, we have considered the adequacy of the disclosure to the financial statements concerning the group and the company ability to continue as a going-concern basis. The validity of which depends on the continued financial support from its banks,” it said.

“Given the current loan agreements with HSBC and the general economic climate exacerbated by the Covid-19 pandemic, forward planning is challenging. It is also the firm intention to recapitalise the group by settling the loan with HSBC and to secure additional capital via share issues for cash and/or in exchange for properties,” said the company in 2020.

New Frontier said long before Covid-19 that there was a general trend of falling rentals, footfall and poor trading figures from tenants across its malls.

By the end of February 2020, falls in combined occupancy of 92.81% were recorded at Middlesbrough and Burton Upon Trent centres by estimated rental value and to 93.01% by gross lettable area.

The company operates with four directors: two are Mauritians (non-executive) and two are UK executive directors. The company said lenders are paying Mauritian directors and it will not fund new directors appointed to the board. The UK directors do not receive any remuneration from the company for their roles.

Update: December 21 2021
This article has been updated with new information.

Target company, which owns retail, office and industrial properties in SA and Croatia, will delist from the JSE at end-December
Companies
4 months ago

Texton to sell office assets in the Western Cape

Property group says its portfolio has proved resilient during the pandemic in 2021, driven by industrial properties and a rebound in the retail sector
Companies
5 months ago