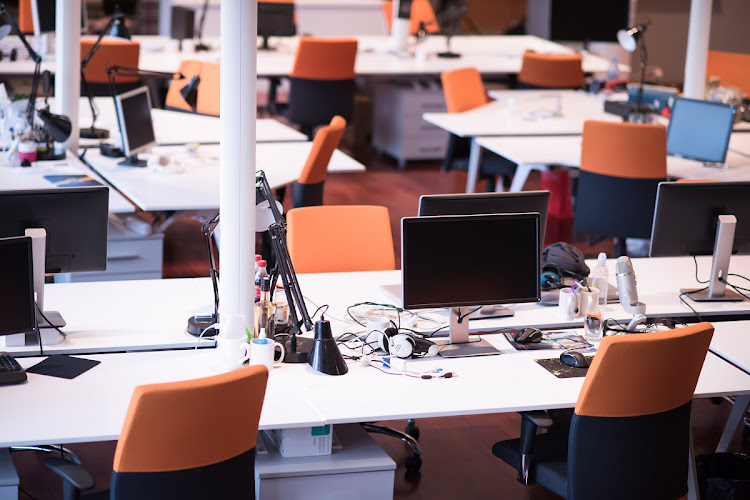 Growthpoint Properties, a bellwether of SA’s commercial real estate market, gave a cautious outlook about the office market after pandemic-induced lockdowns sent millions of workers home and left 20% of its office space empty.

Office vacancies shot up to historical highs of 19.9% in the 12 months to end-June, up from 15.4% a year earlier. Remote working during the pandemic coincided with already weak demand in an oversupplied office market, Growthpoint said in an earnings report on Wednesday.

Estienne de Klerk, who heads the company’s SA operations, said big corporates will return to the office once the vaccination rollout programme reaches critical mass, but he added there will be “subtle changes” in the use of office space as businesses adjust to the new Covid-19 world.

Landlords are suffering one of their worst downturns in generations, upended by the pandemic-induced lockdowns that forced tenants to impose hybrid work models that may persist beyond the post-Covid-19 world.

Momentum Metropolitan, SA’s fourth biggest insurer, said last week it was looking to reduce its office space, joining banks that were closing physical branches even before the onset of the pandemic.

Tenants required less office space as their businesses shrank, contributing to the overall increase in office vacancies that were largely concentrated in Gauteng and specifically in Sandton, an affluent part of Johannesburg where office vacancies stood at 25% recently.

Growthpoint continues to feel the pinch of Covid-19. The commercial property giant says its office vacancies increased to 20% during its full year as the work from home trend took a firmer grip on the market. Alishia Seckam spoke to CEO Norbert Sasse about the performance.

"We obviously have a bunch of different initiatives, some of which we are not going to market to everybody. We have had an initiative which provides flexi-office space to tenants and for which there has been good demand. We have different sales initiatives that target either the distribution channel or clients directly,” De Klerk said.

Growthpoint is regarded as a bellwether of the SA commercial property market thanks to the size of its portfolio that straddles the retail, office, industrial and other sectors.

“They just likely sped it up because those ‘late adopters’ ignoring the availability of conferencing and other technologies were forced into it in hard lockdowns last year, and realised how effective it can be,” Loos said.

Growthpoint offered its retail tenants combined rental relief of R230.4m in the review period. While that is down from R436.3m a year earlier, which suggests retail spending was improving from a very low base, vacancies in this segment nevertheless went up to 6.2% from 5.51% previously.

“These are tough times for real-estate companies and their success is very dependent on the operating environment. The future success of Growthpoint depends on the pace of improvement in the operating environment, which is essentially about a more vaccinated world with greater freedom to move around and associate and work,” said Craig Pheiffer, chief investment strategist at Absa Stockbrokers and Portfolio Management.

V&A’s share of distributable income dropped 40% to R364.9m in the 12 months ended June, hit hard by a huge drop in local and international tourist numbers.

The distributable income per share on a group level slipped 19.1% to 148.1c, while annualised net rental fell to R8.98bn from R11.08bn a year earlier.

Growthpoint’s diverse investment base sees it through Covid storm

The sector has returned more than 17% in 2021, helped by better-than-expected financial results
Companies
1 year ago

Growthpoint Properties: Getting it Reit in spite of Covid