Capco dividend signals worst of its Covid may be over

Property investment and development company declares payout of 0.5 pence a share for six months to end-June 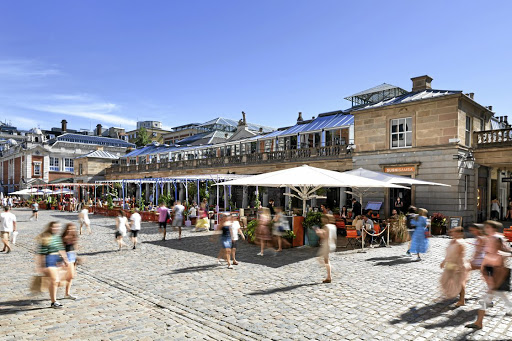 Capital & Counties (Capco) on Tuesday reinstated its dividend in a signal by the property investment and development company that it could be over the worst of the Covid-19 pandemic.

Capco, which was spun out of the late businessman and philanthropist Donald Gordon’s Liberty International, owns the iconic UK retail development Covent Garden.

The property group proposed an interim dividend of 0.5 pence per share as net rental income from continuing operations rose by £3.1m to £21.1m in the six months to end-June, driven mainly by a lower bad debt charge.

However, the value of Covent Garden declined 5% to £1.7bn on a like-for-like basis.

“Income collection continues to be impacted by the limited ability for the majority of our customers to trade for much of the first half of the year. Overall, 61% of rent has been collected for the first six months of the year,” Capco said in a statement.

The company also owns 50% of the Lillie Square joint venture, a one-million square foot residential development in west London. The property's valuation shrank 7.9% to £106m on a like-for-like basis.

It also has a 25.2% stake in Shaftesbury, the UK real estate investment trust that owns 600 buildings around London’s West End.

Capco shares were down 2.65% to R34.56 in early afternoon trade on the JSE, valuing the company at about R30bn.

Company rejects criticism that it is not acquisitive enough, saying it is unlikely to buy assets while SA conditions remain uncertain
Companies
2 months ago

Covid-19 is still putting pressure on landlords, but the office and mall operator says demand for its retail space is encouraging
Companies
2 months ago

Capco opts against dividend as Covid-19 weighs on rentals

Capco opts against dividend as Covid-19 weighs on rentals