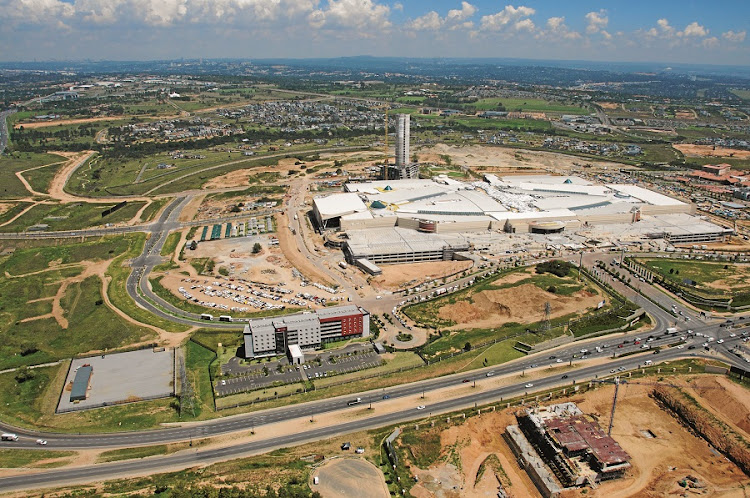 Attacq, the developer of Waterfall City in Midrand and owner of Mall of Africa, says its distributable income more than halved in the six months to December as it had to offer rental discounts to tenants whose businesses had been affected by lockdown restrictions.

The company did not declare a dividend for the review period nor did it provide guidance on future dividends, citing economic uncertainty wrought by Covid-19. The decision not to declare a dividend was taken in mid-2020 to preserve cash and bolster its balance sheet.

According to JSE rules, real-estate investment trusts are required to distribute at least 75% of their income as dividends.

The distributable income per share, which is the primary measure of underlying financial performance in the listed property sector, dropped 57.5% to 21c. Attacq also suffered collateral damage as MAS Real Estate, in which has a 20% interest, decided not to declare  a dividend in its financial year ended-June 2020.

Like many other landlords, Covid-19 threw a spanner in the works in various forms, such as through reduced foot traffic at malls as the government imposed measures to control the spread of the virus. But regulations also resulted in limited trading, which, in turn, hit retail tenants, which subsequently battled to settle rental obligations.

The valuation of its SA portfolio — which represents 83% of the total assets and is made up of retail, office and light industrial — dropped 3.2% on a like-for-like basis due to a weak local economy.

“Covid-19 lockdown restrictions had a negative impact on most of our clients and shoppers. In the retail portfolio, gyms, cinemas, restaurants and hotels were most affected,” the company said.

Attacq also co-owns several malls in Ghana, Nigeria and Zambia, but is looking to sell underperforming retail assets. The so-called rest of Africa retail investments did not generate any distributable income in the review period.

SA banks, which are well-placed to tackle the crisis, will play a role in determining the fate of these companies
Opinion
1 year ago
Next Article