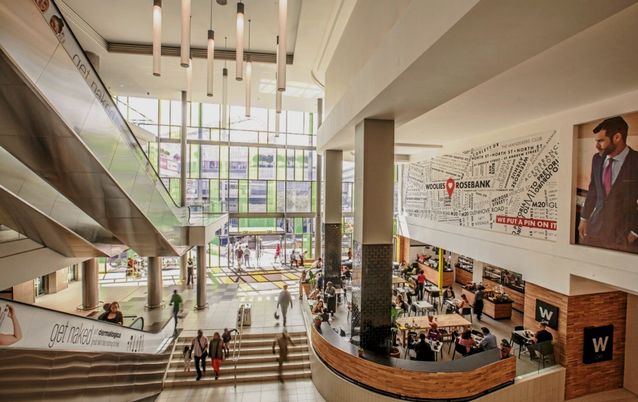 Hyprop Investments, the specialist retail property fund with a focus on high quality shopping centres, enjoyed a better than expected turnaround in the second half of 2020 as customers went on shopping sprees after the hard lockdown, showing that concerns that Covid-19 will destroy in-person shopping may have been exaggerated.

“I really didn't expect our malls to bounce back as quickly as they did. I think the reason that shoppers have come rushing back is because of the quality of our well-located shopping centres. We offer a wide choice of shops which continues to appeal to customers,” CEO Morne Wilken said after the release of financial results for the six months to December 2020. 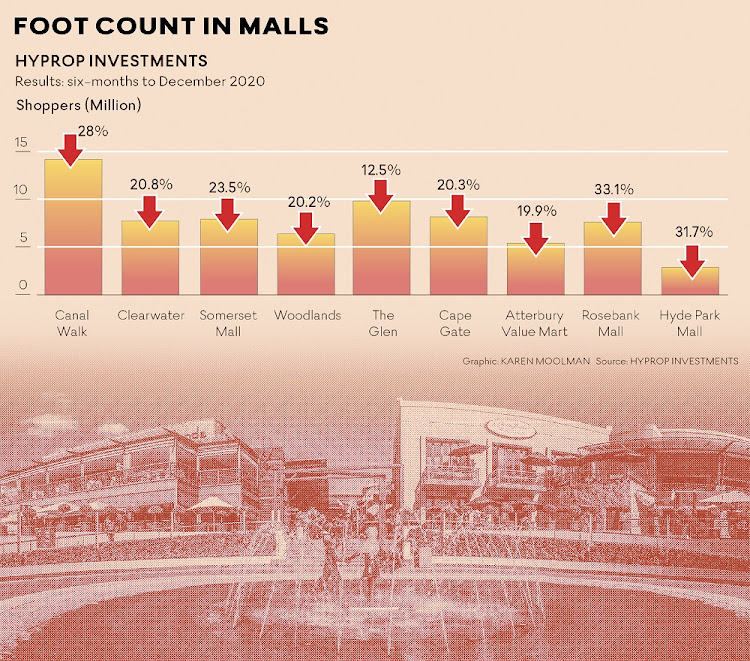 The only mall which had struggled especially in the reporting period was Rosebank Mall, which relies largely on trade from office workers during the week. Standard Bank's head office, which is in the Rosebank node, has been empty with staff working from home.

The company grew its distributable income 18% in the reporting period compared with the six months to end June 2020.

Distributable income of R473m was earned in the reporting period, after the direct impact of Covid-19, which was R244m across the total portfolio.

Hyprop has also been integrating online shopping facilities such as the click-and-collect concept into its malls.

“We also have Pargo now at our centres. Customers can buy products online which they may not have been able to buy in a shop in the mall. They then come and collect the products and then buy other things from stores in our centres so in that way we increase the shopping basket on offer,” said Wilken.

Hyprop reduced interest-bearing debt by R942m in the last six months, settled all its dollar equity debt, and strengthened its balance sheet even further by retaining R777m from its distributions for the 2020 financial year.

The group chose not to declare an interim dividend for the period. It will make a decision about a final dividend later in the year when it releases full year financial results for the twelve months to June.

LTV measures the value of a company’s debt relative to its assets. Fund managers prefer LTVs to be between 35% and 40%, as a ratio higher than that could imply financial distress.

The interest coverage ratio is a debt ratio and profitability ratio used to determine how easily a company can pay interest on its outstanding debt.

The interest coverage ratio may be calculated by dividing a company's earnings before interest and taxes by its interest expense.

At the end of December, Hyprop had R528m worth of cash on hand and undrawn debt facilities of R1.15bn.

“Management has presented a credible road map to reducing gearing, but there is execution risk. We support management’s focus of prioritising the balance sheet,” he said.

“There was little movement on South African valuations in this interim report after Hyprop did a major writedown in the prior financial year,” he said.

Resilient surprises with talks to sell some retail assets

The two JSE-listed property companies will dispose of the Lagos shopping centre in a deal worth close to R1.8bn
Companies
10 months ago
Next Article