CCID ready to excel over the festive season

The CCID is a public-private partnership that supports a designated portion of the CBD, providing services including cleaning and security 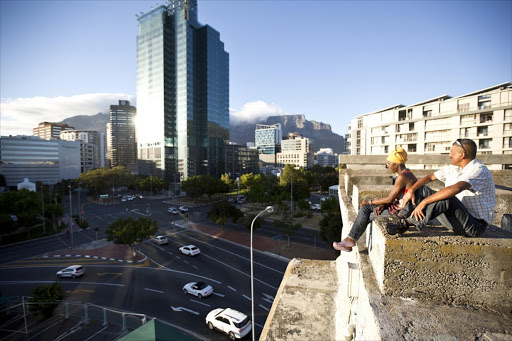 Cape Town’s central business district (CBD) has an opportunity to flourish given that the city is staying under level 1 lockdown restrictions through the festive season, according to a property owners’ organisation in the city.

The Cape Town Central City Improvement District (CCID), which was formed at the turn of the millennium by commercial property owners to stop the city centre from falling into ruin, has been an astounding success compared with many other improvement districts across SA, chair Rob Kane said.

The CCID is a public-private partnership that supports a designated portion of the CBD, providing services including cleaning and security. It makes up the majority of the CBD.

The nonprofit company has just celebrated its 20th clean audit in a row.

Last Thursday, President Cyril Ramaphosa warned that there were worrying rises in Covid-19 infections in the Western Cape but all level 1 restrictions would remain in place for the time being.

"Airbnbs can get going again as well as hotels. While some foreign tourists might be unable to leave their countries because of lockdown restrictions specific to their countries, we are looking forward to hosting tourists especially visitors from Gauteng," Kane said.

CCID CEO Tasso Evangelinos said tourism would give businesses in the area an opportunity to make up for months of lost operations earlier in 2020.

Evangelinos said the CCID was running different programmes to encourage people to return to Cape Town’s inner city, including a three-days-a-week busking programme, and partnerships with Instagram influencers. The individuals, who have large followings on Instagram, will promote around 70 different restaurants and entertainment venues.

Film productions have also started again in Cape Town including work for Netflix, Amazon Prime and Hollywood among others. One series currently being filmed in Cape Town is The Power, a series for Amazon Prime based on the science fiction novel by Naomi Alderman.

Kane said while there were notable increases in the number of Covid-19 infections in Cape Town, strict safety measures were in place in the CCID, including wearing masks when moving around the city.

He said the CCID’s mandate remained to provide top-up services in addition to those provided by its primary partners to ensure the CBD of Cape Town was safe, clean, caring and open for business.

“The four pillars of our CCID mandate have remained unchanged over many years, namely safety and security, urban management, social development, and communication. However, the CCID has retained its relevance to its community by constantly evolving and adapting to circumstances on the ground,” he said.

The value of commercial property in the CCID is R44bn and the total value of property investment into the CBD in 2019 was R13.8bn.

• Anderson was hosted by the CCID in Cape Town