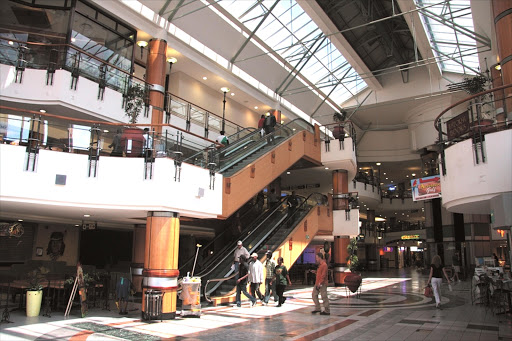 Accelerate Property Fund, the co-owner of Fourways Mall,  the largest shopping centre in the country, said on Thursday it has been forced to reduce rent or even offer rent-free periods as shop owners battle with subdued consumer sentiment and load-shedding.

A persistently weak economy accompanied by tenants who are battling to grow sales, as well as the Covid-19 pandemic, has made it harder for companies such as Accelerate to grow its dividends and to reward its investors.

Accelerate is  positioning itself as the largest commercial landlord in the northern Johannesburg suburb of Fourways, which COO Andrew Costa said is the most exciting and fastest-growing “live and work” node in SA.

Fourways now has close to 200,000m2 of retail space, including the Leroy Merlin home improvement store, which is not owned by Accelerate. Accelerate and its development partner Azrapart spent five years expanding the mall. Each entity owns 50% of the R9bn asset.

In a trading update the group said it has seen rental reversions of 13.2% in its 10 months to end-January, but has also achieved a tenant retention rate of 93.5%, which it said will put pressure on income in the short term, but pay off in the future.

Vacancies have remained stable at 9.9%, the company said, driven by a concerted effort to fill vacancies, but mall owners are battling to fill spaces or convince tenants to renew leases at higher rental rates.

The group said SA’s 21-day lockdown period that begins at midnight on Thursday is expected to put even more pressure on the retail and property sector, and it may have to adjust its capital retention policy — which affects dividends.

The group has a portfolio of about 60 properties valued at R12.7bn, including Cedar Square Shopping Centre in Fourways, the Buzz Shopping Centre, also in Fourways, and the Portside office building on Cape Town’s Foreshore. It also has exposure to commercial property in Austria and Slovakia.

Accelerate’s share price has lost almost two-thirds of its value so far in 2020, while the JSE’s property index has almost halved. It closed trading at 55c on Thursday.

Update: March 26 2020
This article has been updated with company comment and financial information.

Accelerate warns payouts will be under pressure as disposals continue

Accelerate Property Fund says distribution per share could fall up to 15% in its year to end-March 2020, as it disposes of assets
Companies
1 year ago

The company is seeking to sell R2.5bn in noncore assets to either pay down debt or buy back shares
Companies
1 year ago

The company suffered delays at its flagship project, a R9bn shopping centre in Fourways that is now Africa’s largest
Companies
1 year ago
Next Article

Accelerate Property Fund gets off to a good start

Accelerate Property Fund gets off to a good start