Marc Wainer retires from Redefine board 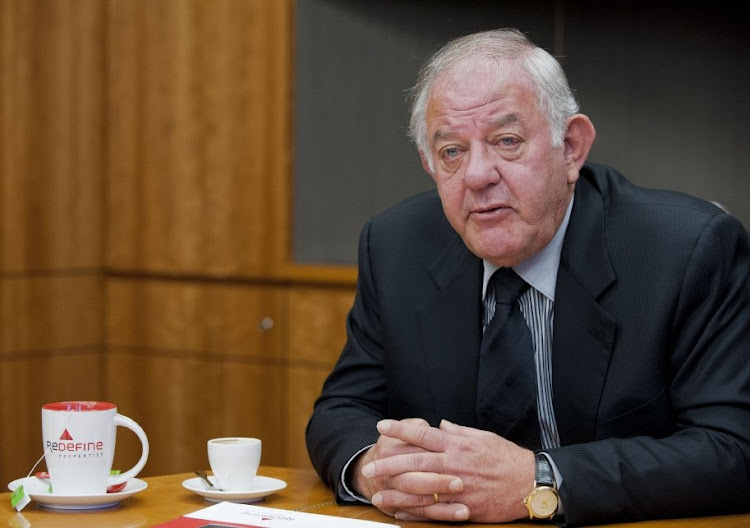 Marc Wainer, the founder of SA’s second-largest listed property group, Redefine Properties, has retired as an executive director on the landlord’s board.

Wainer founded Redefine in 1999 and listed it in 2000 with a market capitalisation of R463m. Its market value has since grown by about 100 times.

“An astute dealmaker, Wainer held sway on the markets and the city’s skyline, taking Redefine Properties from humble beginnings to a listing and building it into one of SA’s largest, and most respected, real estate companies,” the group said.

Redefine, a Top-40 constituent, had a market capitalisation of R45bn on Friday. The landlord has a property platform worth R92bn with investments in SA, Germany, the UK, Poland and Australia.

"In line with Redefine’s stated intention to create value through good governance practices and as part of its board succession plan, Wainer, 70, had stepped down as Redefine’s executive chairman in May, handing the chairmanship of the company he founded in 1999 to businessman Sipho Pityana,” it said.

“Looking back, I’m proud of what we have accomplished as a team,” Wainer said. “I am confident that Andrew Konig, CEO, and the executive leadership team will be able to navigate Redefine in the current environment."

“My time at Redefine has encompassed some of the most rewarding experiences of my life. One of the things I am going to continue to do is be involved in mentoring. Corporate SA is missing the greatest opportunity in building the next generation of leaders. The Mentorship Challenge showed that mentoring is one of the greatest gifts you can give people and I will make sure I am available to those who need me,” he said.

“Following the loss of my beloved wife, Lesley, I have reassessed my priorities and want to give back by playing a broader, independent role in the property sector but will be available to Andrew and the team at Redefine in an advisory capacity,” he said.

Wainer will pursue outside interests, including a private property fund, to take advantage of trading opportunities in Europe, particularly eastern Europe.

“Marc’s guidance, instincts and inspiration lifted Redefine as a team to achieve what we have and who we are today. We stand on Marc’s giant shoulders to take Redefine forward. We are privileged to have had Marc as a leader and a mentor, but more importantly as a friend and we look forward to being part of Marc’s new journey,” said Konig.

The third largest property company on the JSE has revamped the shopping centre into a R4.6bn destination
Companies
2 years ago

Redefine battens down the hatches and aims to cut debt

JEREMY THOMAS: No relief in sight for listed property

Redefine battens down the hatches and aims to cut debt

JEREMY THOMAS: No relief in sight for listed property