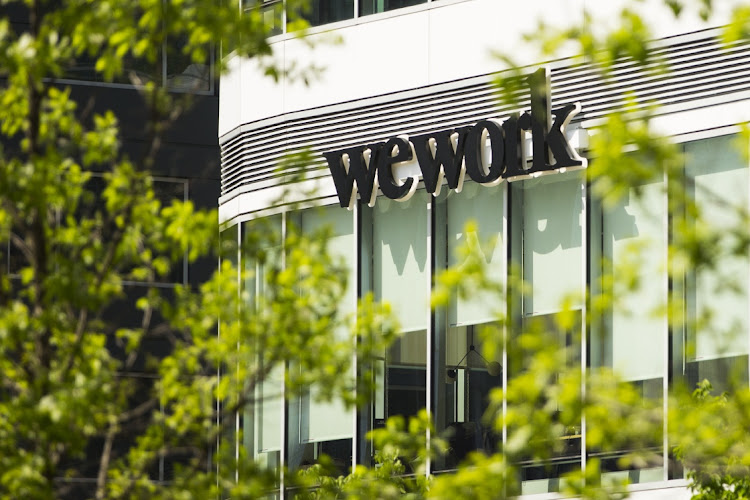 WeWork signage in the Seaport neighborhood of Boston, Massachusetts in the US. Picture: ADAM GLAMZMAN/BLOOMBERG

WeWork, the New York-based provider of shared office space that is preparing to go public, plans to enter the Cape Town market in late 2019.

The group, which is backed by Japan’s SoftBank and is said to be worth $47bn, recently announced its entry into the SA market via a shared workspace in Rosebank, Johannesburg.

In Cape Town, WeWork will take up four floors at the 80 Strand Street building, which is co-owned by JSE-listed Emira Property Fund and Swish Property Group.

The shared workspace trend is shaking up SA’s office market and looks set to sustain its momentum, with multinationals and other large companies queuing to rent with the likes of WeWork and Workshop 17.

Pieter Strydom, a commercial asset manager at Redefine, said WeWork and other shared office space providers would be supported by established multinationals in SA as they had been in other developing markets.

While in the US and UK, shared workspace tenants have tended to include small businesses and entrepreneurs, in SA operators such as WeWork have received a lot of interest from multinationals that want to open satellite offices. They rent space for small groups of employees and then share amenities instead of spending capital on building brand new offices or renting a whole floor in an old vacated building.

The 80 Strand Street workspace is expected to open in the fourth quarter of 2019, WeWork said on Monday.

“Since announcing our expansion to SA, we’ve seen great interest from companies of all sizes, including Naspers, who will be moving into our first location in Johannesburg later this year,” said Patrick Nelson, head of WeWork’s real estate operations in Europe, the Middle East and Africa.

Emira Property Fund CEO Geoff Jennett said WeWork had approached Emira and inquired about using 80 Strand, which had a “perfect position for the group operating in Cape Town”.

Jennett said Emira would consider doing more deals with WeWork if the American group pinpointed buildings that suited its offering.

Giancarlo Lanfranchi, group CEO of Swish, said his team was excited to sign up WeWork. “We are excited to partner with this world leader and support this rapidly growing company in its expansion in SA,” he said.

The concept of the shared office space is hardly revolutionary, but, WeWork has managed to take the idea and transform it
Opinion
4 years ago

As much as 6% of the diversified group’s asset base is in the US, as it tries to benefit from strong consumer spending there
Companies
3 years ago
Next Article

Connecting at work — or are you more isolated?

Are shared workspaces a fad or the future?

Connecting at work — or are you more isolated?

Are shared workspaces a fad or the future?