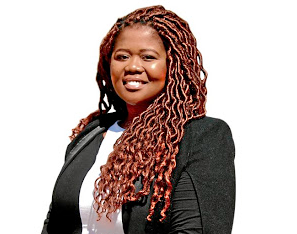 Texton Property Fund has lost its fourth CEO in as many years and fund managers are questioning whether the Texton board and management are fit to run a listed real estate fund.

Nosiphiwo Balfour resigned on Friday without citing a reason. Texton’s board has said the company is in a closed period until it releases financial results for the year to June. An interim CEO is being appointed. 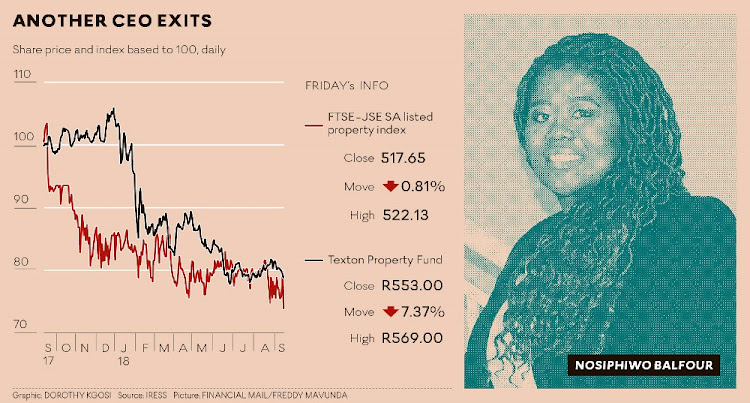 Garreth Elston, a portfolio manager at Reitway Global, said Texton needed to show investors a clear leadership strategy. The group — which has a market capitalisation of R2bn and owns mostly office assets in SA and retail assets in the UK — also needs to clarify its investment strategy, he said. Its property portfolio is worth about R5.5bn.

"There are many SA-listed companies that have had a very trying few years, but Texton stands out for the sheer volatility in its leadership," Elston said.

"The choice of CEO after Nic Morris’ departure at the time was a bit confusing, as the company really required a very experienced property professional, and ideally a turn-around specialist considering the deep-seated issues that the company has faced over the past three plus years.

"I believe the company lost a great deal of investor support over the past few years as a result of its constant departures, especially as concerns CEO and CFO; inconsistent messaging and investor communications; and lack of a clearly articulated strategy for the company going forward," he said.

Texton looked like a company "staring into the abyss at the moment, and the board has to take some very hard decisions to choose the right leader who’ll not only right the ship, but at a minimum hold the position long enough to make some progress", Elston said.

The company’s financial results were postponed to September 28. The postponement was prompted by Texton’s black economic empowerment (BEE) consortium defaulting on its loan from the Government Employees Pension Fund (GEPF) to acquire a more than 13% stake in Texton. The GEPF has R2-trillion worth of financial investments which are managed by the Public Investment Corporation. It had advanced a R443.5m loan to the BEE consortium in 2014.

As part of the security Texton granted the GEPF a put option, which meant it could sell shares at a specified price and time. In a recent stock exchange filing, Texton said because its BEE consortium told the PIC that it is "unable to remedy the default" by September 12, the GEPF decided to exercise the put option. Texton would then be required to repurchase the Texton shares from the GEPF.

Rentals in Mother City are holding up

Why cheap bank repossessions will now be the exception

European property development stocks are a bit of a mixed bag. Though many face uncertainty, some are making a better go of it than others…
Companies
2 years ago
Next Article