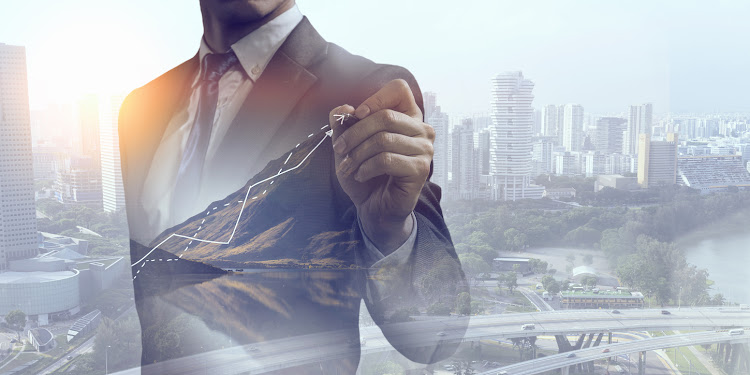 Emira Property Fund has turned around its fortunes by slashing vacancies by more than a third and delivering positive dividend growth in the year to June.

The portfolio restructuring has started to bear fruit, with Emira growing its dividend 2.53% in the year ended June 2018, a significant comeback after its dividend shrank in 2017.

Emira warned in June 2016 that its office portfolio was struggling with high vacancies thanks to a weak economy, which had reduced demand for space. It put a turnaround programme in place to get its dividend growth back on track, which analysts say has been successful. This included selling older offices, developing residential property and becoming the first South African real estate group to invest in the US. 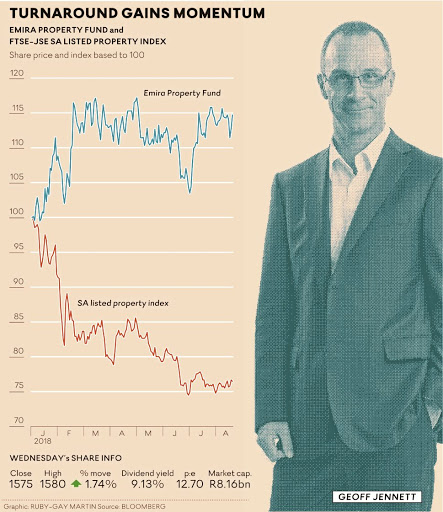 For the past two years Emira’s vacancy factor has been in line with, or greater than, the association’s average.

CEO Geoff Jennett said Emira shareholders who had been patient for two years had been rewarded. "Despite persistently tough trading conditions, Emira continued to strengthen its strategies and improve operating metrics. We also delivered on our objectives of responsibly rotating out of local offices and into US retail assets," he said.

The group has exposure worth $32m to four outdoor shopping malls, located across Ohio, Indiana and Texas.

Jennett said this accounted for 3.1% of Emira’s R15.1bn asset base. He expected the group’s US exposure to be 4% of its total assets by the end of the 2019 June financial year.

Emira co-invested with the Dallas-based Rainier Group in these shopping centres, which typically include large grocery anchors as well as smaller retailers and restaurants.

Locally, Emira achieved an 85% tenant retention rate by revenue compared with 72% in the previous year. It delivered net income growth of 7.5% because of a new letting.

Garreth Elston, a portfolio manager at Reitway Global, said Emira had "steadily delivered on its promises to the market" since Jennett took over as CEO in September 2015.

"The company took the correct step over two years ago in highlighting the issues affecting the company’s income growth, setting the stage for open and pragmatic market communication," said Elston.

"In our view, this was in contrast to several of the other SA real estate investment trusts, who kept indicating that everything was normal until forced to acknowledge the economic realities of the SA market."

Stanlib property analyst Ahmed Motara said even though Emira’s SA portfolio was better positioned than a year ago, rental reversions were negative and 90% of Emira’s exposure was still to SA.

This meant that "while distribution growth may improve in future years, the magnitude of that improvement remains uncertain in a difficult SA economic outlook", Motara said.

Emira buys into its fourth US shopping centre

Emira buys into its fourth US shopping centre