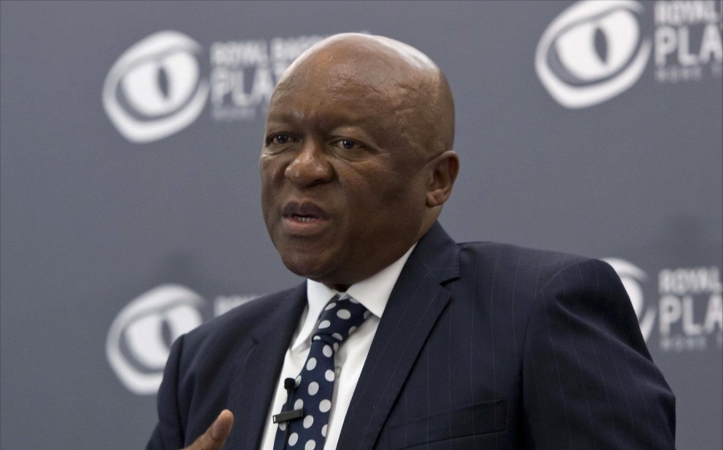 Royal Bafokeng Platinum (RBPlat) has declared an annual maiden dividend due to record results, despite losing more than a month of production to the Covid-19 pandemic.

CEO Steve Phiri, who has been with the company since its listing in 2010, told Business Day that in 2022 he will begin talks with the board about finding his replacement, marking the end of his involvement with a junior mining company that has grown and taken control of its destiny in the past decade, as well as starting a new, state-of-the-art mine at Styldrift.

“I’ve been in this company for a long time, more than 10 years now. When you do a big project like this, you seldom see people start and manage them. They hand them over to someone else and they might see things you can’t,” Phiri said.

“At my age, it’s only fair and reasonable — and I’ve been here too long — to have a conversation with the board, but it’s not a decision that’s been taken [yet] and that conversation will possibly happen in 2022,” he said.

RBPlat, which is 40% owned by Royal Bafokeng Holdings, a community investment company, declared a R5.75 a share dividend, equating to R1.5bn. 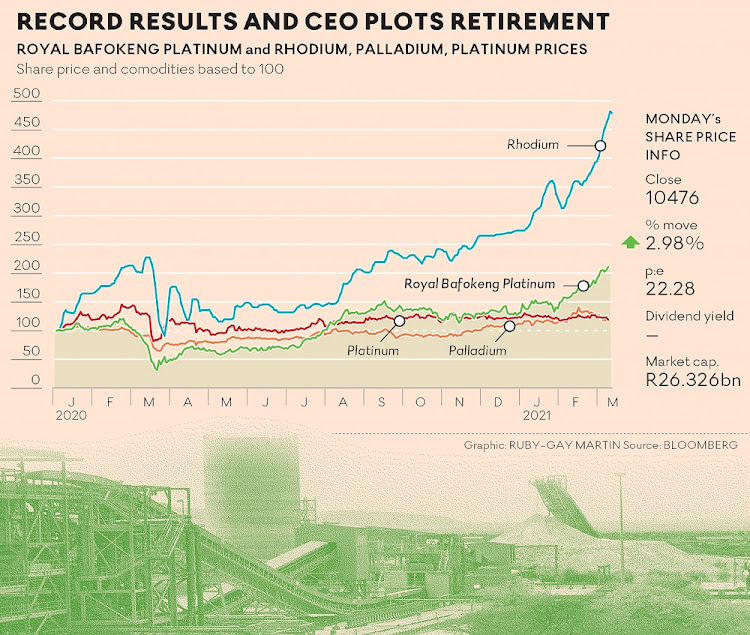 “This has been a long time in coming,” said Phiri, noting the company has transitioned from a partner of its assets with Anglo American Platinum (Amplats) to a full owners. RBPlat was the first community-owned company to list on the JSE and remains the only one, he said.

The percentage ownership of the holding company was at the right level and the community, through that entity, is able to benefit from what will be a flow of dividends from now on, Phiri said, adding the dividends will be used to better the lives of those in the Bafokeng community.

Analysts were unanimous in their praise of the results, congratulating management on a sound operational and financial performance in a tough year.

With two mines and two concentrators, RBPlat generated R3bn of free cash flow before investing in its growth projects, which include the Styldrift mine and a concentrator upgrade.

Management will prepare a cost analysis for the board of a bankable feasibility study into a Styldrift 2 project, which will be bigger than the 230,000 tonnes a month first phase of the mine, which has already cost R13.5bn and will come into steady state production in the second half of 2021, Phiri said.

The government ordered SA’s economic closure in March 2020 to curtail the spread of the coronavirus. Mining companies were closed and gradually returned to work and reached full production in September.

RBPlat lost 45 days of production to the shutdown, but higher prices for platinum group metals (PGMs) in both dollar and rand terms offset this disruption, Phiri said.

Revenue for the year to end-December jumped nearly 79% to R13.4bn. Post-tax profit increased to R3.5bn from R64m.

A royalty agreement with Impala Platinum (Implats), which has mines next to RBPlat’s Bafokeng Rasimone Platinum Mine (BRPM) and is tapping into the smaller company’s ore body, generated R382m, a R236m increase from the previous year.

RBPlat entered into a gold-streaming deal that provided an upfront payment of R2.1bn in exchange for agreed future deliveries of gold to a third party. This inflow meant the company ended 2020 with cash of R2.2bn, leaving it in a net-cash position of R1.6bn from a net-debt position of R491m a year earlier.

The company was able to pay all its capital expenditure out of cash flow during 2020 compared with 68% a year earlier. It spent R716m at its Styldrift mine during 2020.

RBPlat expects to reach output of up to 525,000oz of platinum, palladium, rhodium and gold in concentrate during 2021. The company has an agreement to sell its concentrate to Amplats.

Update: March 9 2021
This article has been updated with new information and comment throughout.

Amplats goes through fire and water to rebuild

Amid Covid-19 uncertainties, platinum miner opts to wait for year end before returning cash to shareholders
Companies
1 year ago

RBPlat withdraws guidance and cuts capital expenditure due to Covid-19

State and miners close in on ‘game-changing’ minerals plan

State and miners close in on ‘game-changing’ minerals plan