Nick Holland to retire from Gold Fields, but his last year will be a busy one

After 24 years, Holland will spend his last year nurturing the nine mines in the group and start the new $860m Salares Norte project in Chile 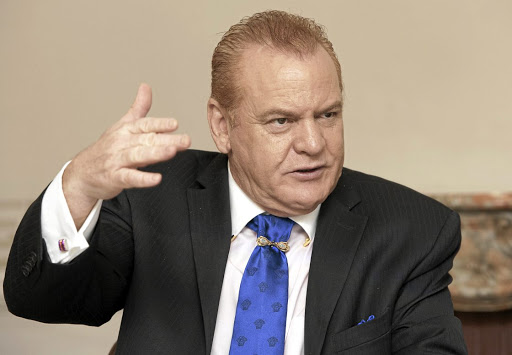 Nick Holland, who is stepping down as CEO of Gold Fields after 13 years, is set for a busy end to his tenure.

Asked in an interview about his plans, Holland, a 24-year veteran of the miner, said the rest of his time with the company would be spent nurturing the nine mines in the group that were set to deliver up to 2.5-million ounces a year for a decade and keep cash flows as high as possible.

"I’m a shareholder in Gold Fields, and a reasonable percentage of my net worth is in this company," he said.

Holland, who had served as CFO and CEO at the company, with mines in SA, Australia, Ghana and Peru, would step down in 2021, having reached the gold miner’s retirement age, chair Cheryl Carolus said on Thursday.

"The global search for a suitable replacement will commence soon," Carolus said.

On the Gold Fields board is another mining veteran, Terence Goodlace, who has spent years in senior management roles at Gold Fields and was the CEO at Impala Platinum. He is highly regarded and would be a logical internal appointment if he wanted the job.

Holland became the lightning rod in 2013 for executive remuneration.

Mike Schroder, then portfolio manager at Old Mutual’s gold fund, tore into his R45m payment that year, accusing him of sitting pretty.

"Your personal greed is the biggest obstacle for turning off this trend. Come down with the pay packages or get out," Schroder said in a more general comment about executive remuneration.

In 2019, Holland was paid $4.1m or R71m. By comparison, AngloGold Ashanti CEO Kelvin Dushnisky, who similarly managed a portfolio in SA and globally, earned $6.3m or R90m. Dushnisky announced his own departure late in July.

Holland will turn 63 in September 2021, and according to company policy he must retire.

He had no plans after Gold Fields, he said.

Holland said that his entire focus for the next year would be delivering on strategy and starting the new $860m Salares Norte project in Chile. Gold Fields will spend $500m on Salares in 2021, coming mostly from internal cash generation.

"I’m relatively young and energetic. I really love this industry, so anything is possible," said Holland.

"It’s been a long stint as CEO at Gold Fields, 13 years plus against five or seven years as an industry average. But things will evolve in the fullness of time," he said.

One of his legacies will be to deliver the historically problematic South Deep mine in SA, which has missed many production targets and cost more than R32bn in purchase and development capital since 2006.

Holland said that despite the setback caused by the lockdown in SA he was "more optimistic about South Deep than I have been for a number of years".

Sibanye has gone on to become the world’s largest source of platinum group metals, building off its base in gold.

Gold Fields has grown strongly in Australia with smart deals with Barrick Gold and others to make it the largest source of the company’s gold.

Gold Fields is one of the former SA gold mining giants, which has spread its operations offshore and reduced its exposure to a single deep-level mine in SA — a strategy Holland helped drive.

AngloGold Ashanti, the world’s number three gold producer and, for decades, the largest miner of SA gold, is close to completing the sale of its last operating assets in SA to Harmony Gold, marking the end of its presence in the country of its formation.

Update: August 20 2020
This article has been updated with new information throughout.

The gold mining sector is finding common ground with its peers as well as the government, communities and unions
Opinion
10 months ago

Total lost production from South Deep is expected to be R1bn, but mines in Australia and Ghana are still working at full steam
Companies
11 months ago

Unable to find a partner to share the cost, Gold Fields will issue share, tap cash and debt to build a new $860m mine in Chile
Companies
1 year ago
Next Article