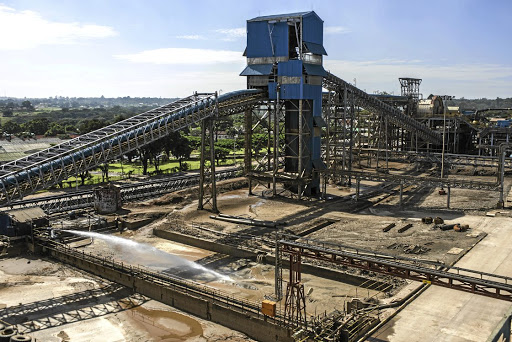 A system of conveyor belts at the Nchanga copper mine, operated by Konkola Copper Mines Plc, in Chingola, Zambia. Picture: WALDO SWIEGERS/GETTY IMAGES

Lusaka — Zambia’s Konkola Copper Mines (KCM) will appoint an adviser to help it find an equity investor willing to fund the mine’s expansion, its provisional liquidator said on Tuesday.

Zambia’s previous government put KCM into the hands of a liquidator in May 2019, triggering an ongoing legal dispute with Vedanta Resources, KCM’s parent company.

The government at that time accused Vedanta of failing to honour licence conditions, including promised investment, charges which Vedanta has denied.

The government takeover of KCM will go to an arbitration hearing in January 2023 in London, Zambia mines minister Paul Kabuswe said on June 1.

KCM provisional liquidator Celine Nair said in a statement that a strategic equity investor would be required to guarantee the development of the company’s $1.1bn Konkola Deep Mining Project.

“The search for a strategic investor in Konkola Copper Mines has started in earnest,” Nair said.

Nair also announced the resumption of mining operations at a KCM open pit mine, saying the move was part of broader plans to improve operations before the government finds a new investor.

KCM plans to spend $17m on an annual maintenance shutdown of the Nchanga Smelter, which has an annual capacity of 311,000 tonnes of copper, said Nair, who also announced other measures to expand output in the Konkola East operation.

“We are looking at various options to improve production at KCM for the benefit of the company and the nation,” Nair said.

President has restored rule of law and replaced military and police officials, but has some way to go in other areas
Opinion
6 months ago

Full extent of the country’s liabilities may well exceed official figure of $12.7bn as the previous government concealed numbers
World
10 months ago
Next Article

Vedanta settles all claims by Zambian villagers over pollution

Vedanta settles all claims by Zambian villagers over pollution