Gold production was up 9.9% in the miner’s half-year to end-December amid a stellar performance from its Evander operation

Mid-tier gold miner Pan African Resources says a strong performance from its Evander mine in Mpumalanga delivered record production for its half year to end-December, prompting the group to increase its full-year guidance slightly to 200,000oz.

Gold production rose 9.9% to 108,085oz, with the miner increasing its full-year guidance by 2.5% after its first half beat its own expectations.

The JSE and London-listed miner said on Wednesday that Evander delivered an excellent performance, with elevated grades and improved mining rates increasing production 72.5% to 33,068oz. Elevated grades refers to parts of the ore body being mined, with Pan African saying it expects production at Evander to normalise in its second half, given its planned mining areas. 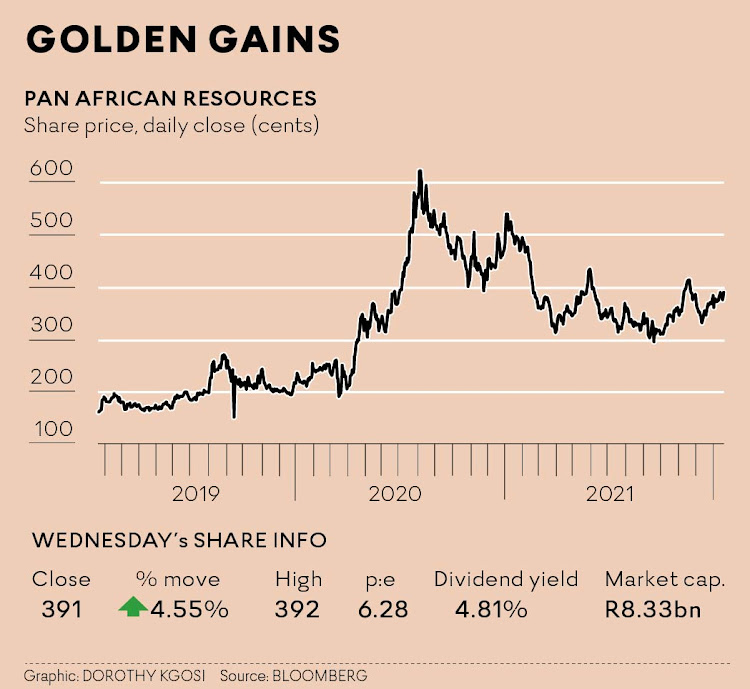 Production at Barberton slipped 6.2% to 49,117oz, while
at Elikhulu production was down marginally by 3.6% to 25,900oz, mainly as a result of inclement weather conditions experienced in late 2021.

Pan African CEO Cobus Loots said in a statement that the record production was achieved even as the miner dealt with Covid-19, while also maintaining its “excellent” safety track record. More than three quarters of the group’s employees have been vaccinated.

In morning trade on Wednesday Pan African’s shares were up 0.27% at R3.75, while the JSE’s precious metals index had slipped 1.41%.