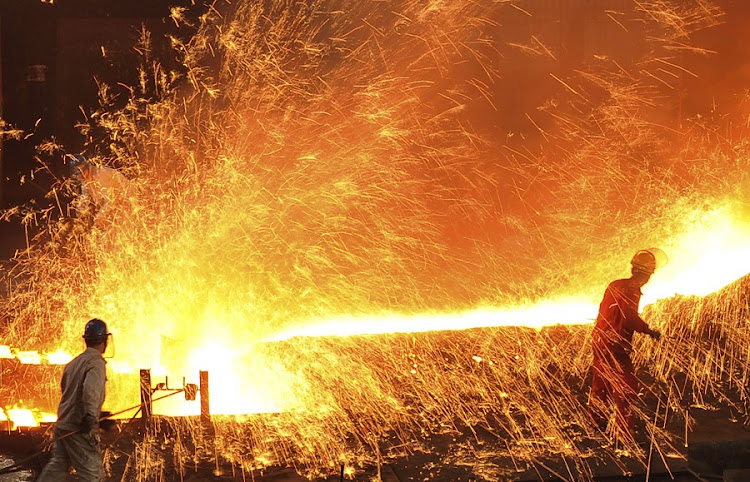 Chrome and platinum group metals (PGMs) miner Tharisa has reported record production for its fourth quarter ending September, and despite prices easing it is optimistic about a robust outlook for PGMs over the next five years.

PGM prices fell sharply in the miner’s fourth quarter, but were still up 80% for its 2021 year, amid robust demand for the metals used in reducing vehicle emissions as Covid-19 travel restrictions eased and automotive production picked up.

PGM production of 43,700 ounces was up 12% quarter on quarter in the three months to end-September, Tharisa said in a production update, delivering 157,800 ounces for the year, a rise of 11%.

JSE and London-listed Tharisa operates a mine near Brits in the North West. It has two plants, Voyager and Genesis, to recover chrome and PGMs and has been pursuing optimisation initiatives, including investing in a new fleet.

PGM prices fell 25% over the three months to end-September, with the market grappling with a ramp-up of mining production, even as demand for industrial and automotive use remains elevated. PGMs are widely used as a catalyst in the chemicals industry, as well as to reduce emissions in vehicles.

The World Platinum Investment Council said in September that even as mining production resumed in 2021, supply was further bolstered by the processing of a higher-than-expected portion of the backlog created by plant outages in 2020. This trend is expected to persist for the rest of 2021.

Chrome prices rose 4% quarter on quarter in the three months to end-September, with Tharisa saying though there have been some output cuts at stainless steel plants in China, output is nevertheless expected to increase close to double-digit percentage growth compared to 2020.

Chrome output of 1.5-million tones was up 12% year on year, while average prices rose 10%.

Tharisa is gearing up to raise its chrome production further, and earlier in October began extensive testing of its R1bn Vulcan ultrafine chrome recovery plant. This is on track for its first saleable production by the end of 2021, having been delayed by about a year amid disruptions from Covid-19.

The project, which will process live tailings produced by the Voyager and Genesis plants, is expected to increase chrome recoveries by 20 percentage points to 82%. That will lead to lower production costs as fixed expenditure is offset against higher volumes of chrome output, which will also lower the group’s relative carbon emissions.

In afternoon trade on Tuesday Tharisa's shares were trading 7.53% higher at R26, on track for their best day since October 5, when it released an update saying its Vulcan project was on track.

The group’s shares have risen just more than 62% over the past 12 months, valuing Tharisa at R7.15bn.

Update: October 12 2021
This article has been updated with share price information.