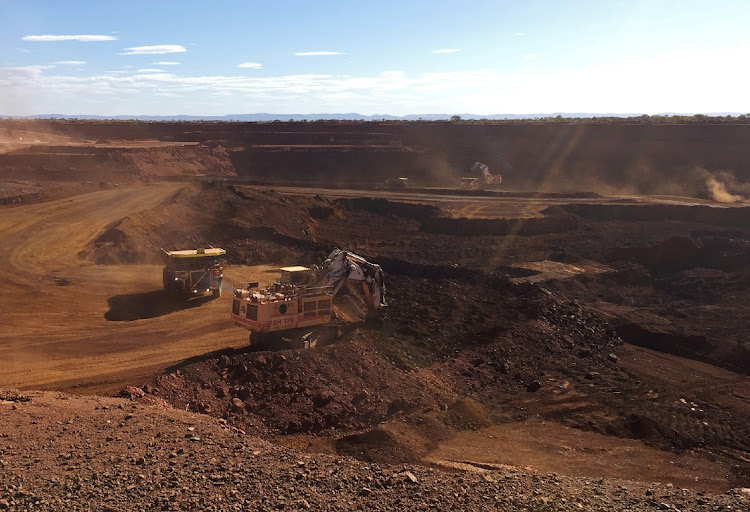 Melbourne — Fortescue Metals Group reported its highest ever annual profit and dividend on Monday due to sky-high iron ore prices but senior management received a surprise cut to bonus payments.

Top executives will receive just 28% of what they could have gained in a long-term incentive plan, the world's fourth-largest iron ore miner said. It cited community expectations about executive pay and noted its results were in part due to robust market pricing that was outside the control of management.

The much lower-than-expected bonus payments, which analysts described as unusual, will affect some 30 people. For some executives, it comes on top of cuts to a separate bonus scheme after a cost blowout and delays at Fortescue's Iron Bridge magnetite project.

It also declared it would become the first major supplier of green iron ore and would unveil new targets for reducing emissions from its customers next month.

Asked about the bonus cuts, CEO Elizabeth Gaines said top management were all shareholders and would also benefit that way.

That will add about $1.6bn to chairperson and founder Andrew Forrest's wealth. The company's biggest shareholder with a stake of 36.6% is also Australia's richest man with a net wealth of more than $17bn according to Forbes.

Analysts said while some executives might feel shocked about the last-minute change to the payout, Fortescue appeared to be attempting to strike a balance between paying too much which could make staff independently wealthy and prompt them to leave, and paying too little which could also cause them to leave.

“If the amounts debated are not material to the company, staff retention and morale is my main concern on issues like this,” said Brenton Saunders, an analyst with Pendal Group.

The passing of peak prices

Rivals BHP Group and Rio Tinto have also reported record profits and paid bumper dividends on the back of resilient demand from China, the world's top consumer, and supply issues in Brazil.

But after peaking above $230 a tonne in May, iron ore prices have dropped to $140 a tonne this month on a recovery in output from Brazil and a tougher stand on emissions in China.

“We fear the peak has passed, the iron ore price cycle and by extension the earnings and share price cycles are also ... lower over time,” said analyst Peter O'Connor of Shaw and Partners.

As part of its plans to become the world's first major supplier of green iron ore and green hydrogen, it expects to spend up to $600m this fiscal year on Fortescue Future Industries.

The unit last year signed a memorandum of understanding with the government of Afghanistan to conduct studies for the development of hydropower and geothermal projects as well on mineral resources.

Asked what would happen now that the Taliban had seized power, Forrest said Fortescue “would meaningfully engage with anybody including the Taliban” if they met four conditions laid out in the company's contracts.

The conditions include equal education outcomes for girls and boys, the abolishment of all forms of forced slavery, child marriage and modern slavery, which is often defined as severe exploitation of people for personal or commercial gain.