The real issue facing ferrochrome producers is sharp increases in the cost of power, which the tax doesn’t address, lobby group says 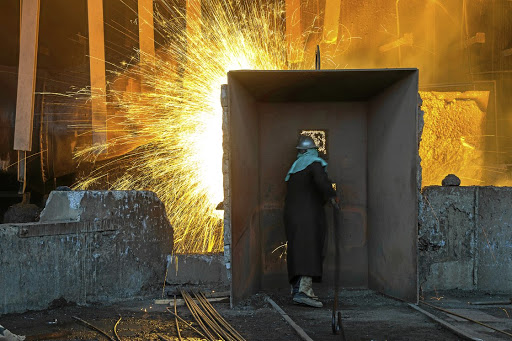 Mining representative body ChromeSA has slammed the proposed export tax on chrome, saying it would be counterproductive.

In an opinion piece published in Business Day on Thursday, the lobby group contends that the tax could negatively affect as many as 70,000 livelihoods. .

“A close scrutiny of the proposal reveals a number of significant risks. It is relatively rare for mining countries to tax the export of a commodity, in this case chrome ore, as it is the lifeblood of their economy,” the article, co-authored by, among others, Sibanye-Stillwater CEO Neal Froneman and Anglo American Platinum CEO Natascha Viljoen, states.

“In those rare cases where such exports are taxed, it is done to ensure a sufficient flow of raw material to the local processing industry. But in SA, the ferrochrome producers have ample access to chrome ore,” they write.

SaveSA Smelters, which represents the ferrochrome industry, has lobbied the government to impose the tax to protect jobs, which are being undermined by the closure of smelters.

Most chrome is converted into ferrochrome, the raw material used to produce stainless steel. China is the largest ferrochrome consumer.

Describing the tax proposal as speculative and a high-stakes game, the authors argue that ferrochrome producers already obtain ore at about half the cost of the Chinese smelters and are not uncompetitive due to the cost of ore but rather as a result of sharp increases in the cost of electricity.

As the top destination market for chrome ore, China had significant bargaining power and could retaliate by raising tariffs on SA ferrochrome. Furthermore, this could strain SA’s trade relations with China, its largest trading partner.

However, for its metallurgical chrome, a 9.5% drop in output more than offset a 4.6% increase in price
Companies
2 years ago