AngloGold more certain on its future after SA mines sale 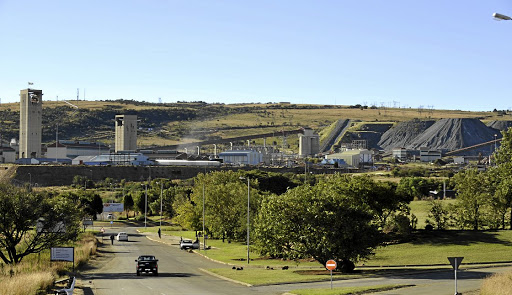 The Mponeng gold mine in Carletonville, Gauteng, is AngloGold Ashanti’s only SA underground mine. Picture: BUSINESS DAY

AngloGold Ashanti expects to fully exit its SA gold by the end of September and, coupled with a handful of its other global mines returning to steady state production, it has reintroduced its full-year guidance after an almost six-month hiatus.

The world’s third-largest gold producer withdrew its annual production and cost guidance on March 27 because of the global response to the Covid-19 pandemic, which caused governments in SA, Argentina, Ghana and elsewhere to close borders, and curtail economic and social activities to slow the spread of the virus.

With the $300m sale of the Mponeng mine — the world’s deepest at 4km below surface — and its tailings retreatment business along with a number of mothballed mines to be concluded at the end of September, AngloGold will record one last full quarter of production from these assets.

AngloGold forecast it would report output between 3.03-million and 3.1-million ounces for the year at an all-in sustaining cost of up to $1,120/oz.

The cost is distorted because of the closure of Mponeng at the end of March, the running costs incurred during the period, and the stop-start nature of its return to production.

Taking out the local production to give a sense of what AngloGold will look like from 2021, output is forecast to be between 2.8-million and 2.86-million ounces at an all-in sustaining cost of up to $1,100/oz.

AngloGold had forecast full-year production of up to 3.3-million ounces for 2020, including the SA assets and topping out at 2.865-million ounces without them when it delivered its annual results early in 2020 before the pandemic struck.

In Argentina, the Cerro Vanguardia mine, which AngloGold had put up for sale but later opted to retain, as well as the Serra Grande mine in Brazil have both returned to full production after governments in those countries ordered their temporary closures.

The Obuasi mine’s return to production, after it was shut, redesigned and rebuilt, was slowed by three months because of border closures that have since been lifted.

Ramon, who was the CFO, was appointed the temporary CEO after the surprise resignation of Canadian Kelvin Dushnisky barely two years into the job. He cited family interests for his decision.

Harmony says conditions for AngloGold Ashanti deal have been met

Their remuneration has doubled in a decade, according to a report by Deloitte
Opinion
1 year ago

Nick Holland to retire from Gold Fields, but his last year will be a busy one

After 24 years, Holland will spend his last year nurturing the nine mines in the group and start the new $860m Salares Norte project in Chile
Companies
1 year ago

AngloGold makes a big Covid-19 contribution before its exit

AngloGold makes a big Covid-19 contribution before its exit