The group misses out on record production, but steady output reaps the benefit of sharply higher PGM prices 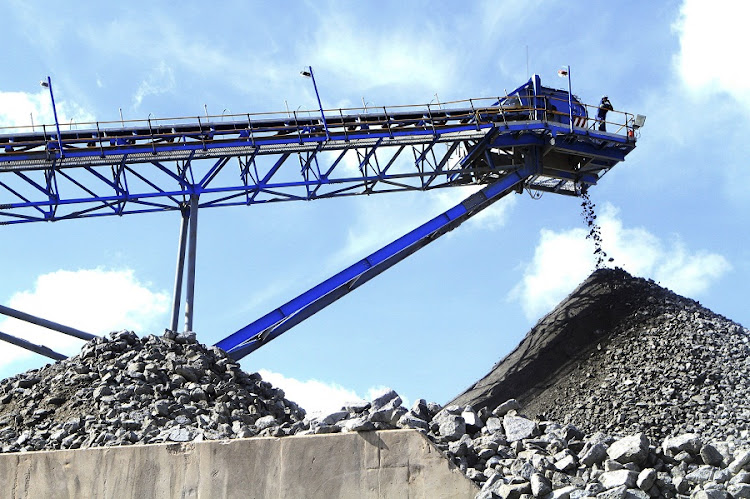 Northam Platinum will deliver record annual financial results despite losing a significant amount of platinum group metals (PGMs) in the lockdown of the SA economy for the last quarter of its year.

Northam, which is growing production aggressively at a number of projects, said on Wednesday that it had generated record sales revenue, operating profit and earnings before interest, tax, depreciation and amortisation (ebitda) for the year to end-June. It will report results on August 28.

It advised shareholders the company had generated “significant free cash” during the year.

Northam forfeited production of 108,685oz of platinum, palladium, rhodium and gold after the government ordered a hard lockdown of the SA economy at the end of March and gradually eased restrictions on mining in April and then again in June, allowing a return to full operations.

“Prior and up to the commencement of the lockdown period, the group was on track to achieve record production from own operations during financial year 2020,” Northam said. 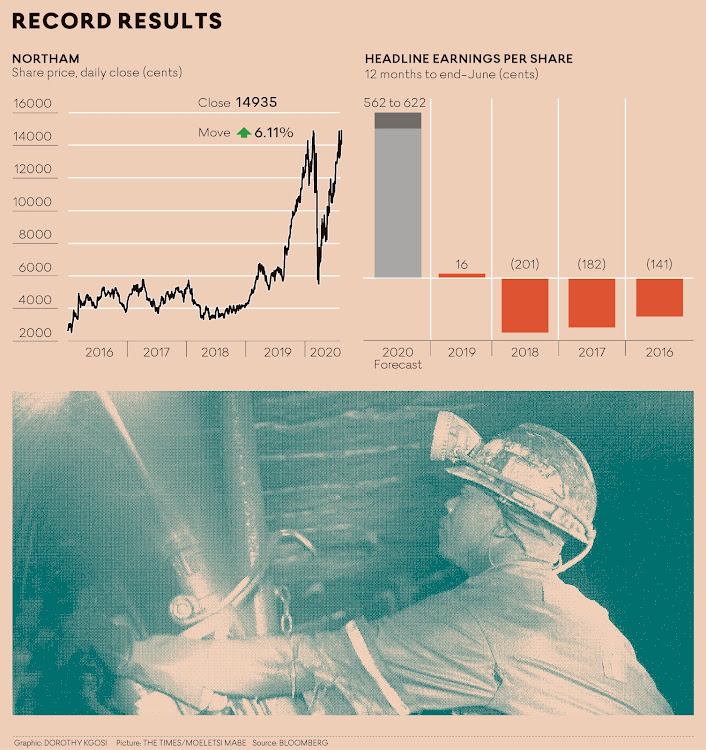 Northam forecast its basic and headline earnings per share would be 562c-622c compared with 17c and 16c respectively in the year before.

To give an accurate insight into the company’s financials, the distortion created by Zambezi preference shares, which are an instrument underpinning a R4bn 2015 empowerment transaction, are generally excluded to give a normalised earnings number.

Northam said its normalised headline earnings for the year would be between 624c and 690c from 270c before.

Northam incurred R977m of one-off costs related to payment of salaries during the lockdown and it warned that production costs were “negatively impacted by lower production levels, as operating costs continued close to pre-lockdown levels”.

Net debt of R3.3bn by end-June gave Northam a net debt to ebitda ratio of “well below” one-to-one times, it said.

Northam kept its production steady at 515,370oz of PGMs for the year, missing its output target, but keeping the disruptions from the lockdown to a minimum. Metal available for sale was boosted by a threefold increase in purchased metal of more than 72,400oz of the four metals.

As the lockdown was eased, surface mining, where it is easier to implement social distancing, was allowed to return to full production ahead of underground mining.

The highly mechanised Booysendal mine and surface mining at Eland allowed Northam to quickly restart operations, while its underground Zondereinde mine was at 80% of capacity by the end of June.

Growth projects at all three mining centres were on track, it said.

Northam restructured its debt profile during the year, pushing back repayment dates and lowering the interest costs.

Northam is pouring money into buying Zambezi preference shares, which reduces interest payments the company makes on these shares and reduces its exposure to these instruments.

The JSE-listed preference shares, due for redemption in cash and/or shares in May 2025, attract dividends equal to the prime lending rate in SA plus 3.5% calculated daily and compounded annually

Northam holds nearly 41% of these preference shares, paying on average a 2.2% premium to purchase them, it said.

PGM recycling business is tough for SA miners to capture

Northam buys Maroelabult mine in bid to create synergies

Northam bucks the trend and plans to double jobs

Unlike most of its platinum-mining peers, the company aims to boost its workforce as it deploys new technologies to aggressively grow output
Companies
2 years ago
Next Article

Northam raises more than expected as it restructures debt

Northam raises more than expected as it restructures debt