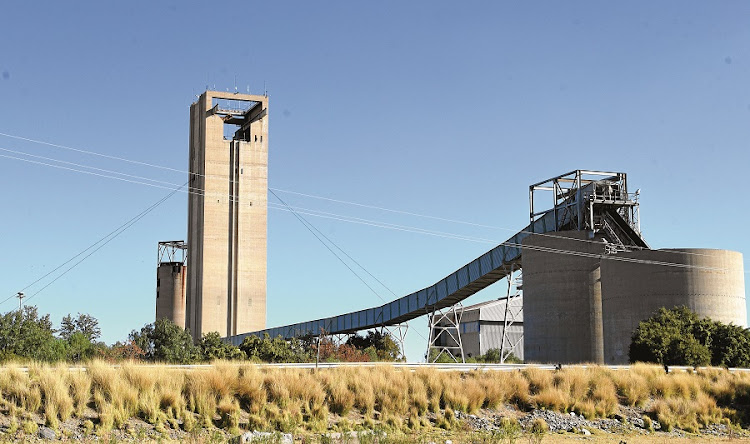 Harmony Gold’s Masimong mine in Welkom, in the Free State. Picture: FREDDY MAVUNDA

Harmony Gold, the largest producer of SA gold, reported a 15% fall in full-year output due to lockdown constraints that also pushed the release of its financial data back a month to mid-September. It said 20 of its employees had died from Covid-19.

Harmony had expected to publish annual results on August 18 but has now delayed them until mid-September, citing difficulties in completing audits and divisional reporting because of the Covid-19 pandemic.

The company has mines in SA and the Hidden Valley gold and silver mine in Papua New Guinea.

Harmony, which is predominantly an underground mining company in SA, had its mines closed at the end of March when the government implemented a hard lockdown of the economy, and then gradually eased restrictions in May and June to allow for the full resumption of mining.

The miner had production coming from its surface operations, which entail retreating tailings and rock dumps during the lockdown.

Full-year gold output fell 15% to 1.2-million ounces or 37,863kg because of the lockdown in SA and falling grades at its Kusasalethu mine near Carletonville and at Hidden Valley.

The disruption to production pushed costs up by nearly a fifth to about R650,000/kg.

A weakening of the rand and a higher dollar gold price meant the average received rand gold price for the 2020 financial year to end-June jumped by a quarter to R735,569/kg, “resulting in strong operating cash flows”, Harmony said.

Harmony estimated its operating free cash flow would double to about 15%.

The higher gold price has caught Harmony’s contracted forward gold sales or hedge positions for the year offside, meaning those sales were below the spot price for gold.

“The increase in the gold price — both in dollar and in rand terms — negatively impacted on the valuation of the gold hedges. As such, it is expected that these changes may have an impact on the company’s headline earnings,” Harmony said without giving guidance on the year’s earnings.

Harmony has, however, used the high prices, which have topped R1m/kg recently, to put in place more hedges or contracted sales at a future date for set prices.

Harmony employs about 5,500 foreign miners, and returning them to SA has been a slower process than expected. The miner expects to return to normal operations by the end of August.

The group misses out on record production, but steady output reaps the benefit of sharply higher PGM prices
Companies
11 months ago

A deal to secure R5.3bn funding for zinc and copper mine is about three months away
Companies
11 months ago

Amid Covid-19 uncertainties, platinum miner opts to wait for year end before returning cash to shareholders
Companies
1 year ago
Next Article